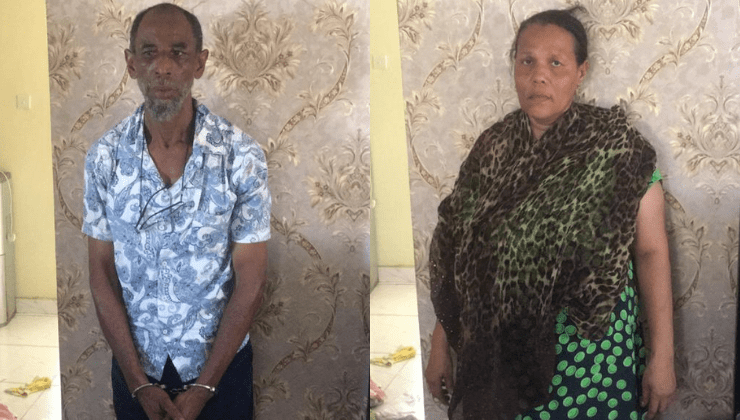 Two people, a man and a woman, were on Tuesday arrested in Mombasa Old Town with heroin worth Ksh.6 million recovered from their house.

The police and Directorate of Criminal Investigations (DCI) officers raided the house and recovered two packages that contained 2 kilograms of brownish granules.

The two packages were marked with the numbers 777 in blue markers. The officers then arrested the two occupants of the house, Bwana Said Aboobakar Bajun (53) and Mwanasomo Mohamed Bajun (52).

The impounded haul was taken to the government analyst where it was ascertained to be heroin weighing 2003 grams with a street value of Ksh.6 million.