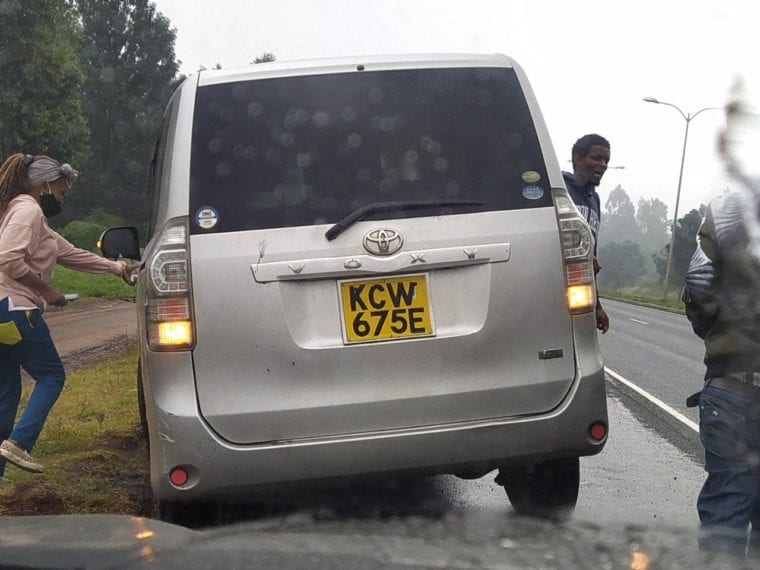 Two suspects were arrested on Wednesday following complaints that they were robbing people after posing as stranded motorists.

Caroline Wanjiku Maina and Keith Njoroge, who are both aged 25, were intercepted on the Southern bypass towards Kikuyu.

According to the DCI, the motor vehicle’s original Registration number is KCV 675F.

The vehicle has been detained as investigations continue and the suspects remain in lawful custody.

A sections of Kenyans had taken to Twitter earlier in the day to warn motorists about the two suspects.

“Members cautioned to be wary of this vehicle. Occupants pretend to be stranded, then rob people. Last spotted on Southern bypass. Please note the numberplate is modified from V to W using tape,” one Joseph Wangto said.

I hope DCI are on twitter, these buggers are limiting our enjoyment of our hard earned infrastructure, @PDUDelivery how do we make southern bypass safe for ordinary Kenyans? Can’t police patrol the whole stretch randomly?” Peter Mutua posed.