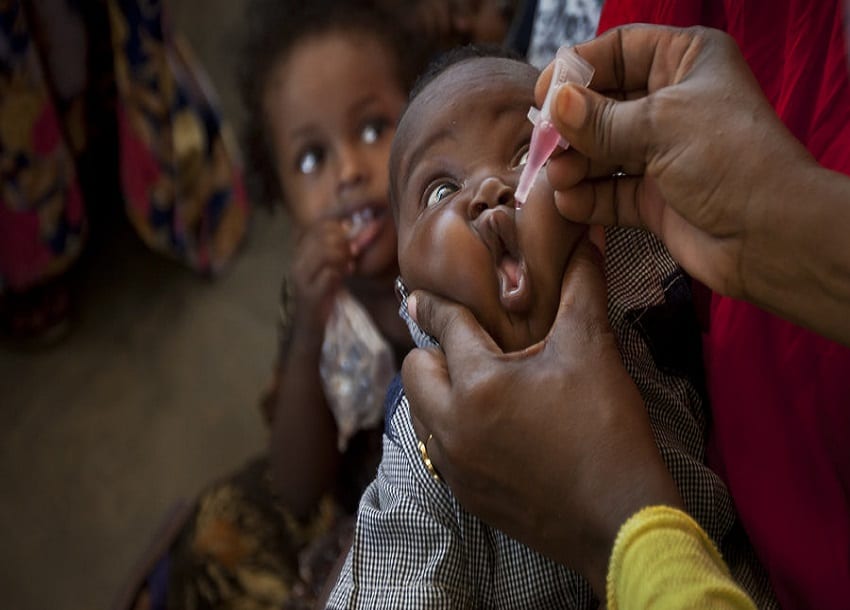 A family in Limuru Kiambu County is mourning the death of their two-week-old daughter who died on Sunday two hours after allegedly being immunised against polio.

The baby’s parents are now calling for proper investigations into the incident.

The baby’s mother said her daughter had been vaccinated before, and she was apprehensive about a second immunization.

However, health workers who visited her home insisted that it was safe to have a second police vaccine and went ahead with the exercise.

Residents of Ngarariga village have now threatened to boycott the immunisation campaign until a proper explanation is given on the cause of the death.

The irate residents claim that health workers who have been deployed to the villages for the drive are unqualified and what new officers deployed.

Kiambu County Health Minister Dr Jonah Mwangi has stated that he will issue a statement on the matter.

The Ministry of Health on Saturday kicked off a countrywide polio vaccination exercise that is expected to reach thousands of children under the age of 5.

In August, at least 6 million children under the age of 5 had been immunised by the end of the polio vaccination exercise.

According to the then Health Cabinet Secretary James Macharia, the number surpassed the target set by the government despite opposition by the Catholic Church.

The Polio vaccination exercise, which focused on 32 high-risk counties, received mixed reactions with the Catholic Church warning that the vaccine may not be safe.

Director of Medical Services Nicholas Muraguri, however, assured Kenyans that the vaccines used during anti-polio campaign are safe and have been tested by the Poisons and Pharmacy Board and prequalified by the World Health Organization (WHO).