U.S aid lands in Colombia as part of effort to deliver supplies to Venezuela 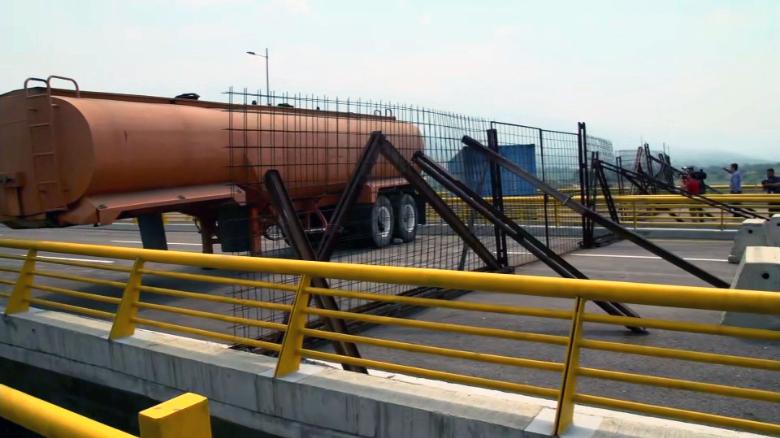 A second wave of US aid arrived Saturday at the Colombian-Venezuelan border in the midst of Venezuela’s humanitarian crisis.

The US Air Force C-17 cargo planes left Homestead Air Reserve Base in Miami and landed in Cucuta, Colombia, according to a statement from the US Agency for International Development (USAID). The relief supplies delivered included hygiene kits that can help about 25,000 people and nutrition products that USAID says can feed about 3,500 children.

Venezuela’s self-declared interim president, Juan Guaido, urged the hundreds of thousands of registered volunteers Saturday to help get aid into the country.

Speaking at a rally of volunteers in Caracas, Guaido said the “end of poverty will come, the humanitarian emergency will cease,” urging that the aid be let in and “humanitarian corridors open.”

Guaido said in a tweet Saturday at least 600,000 had registered as volunteers.

CNN has been unable to independently verify the number.

Guaido also repeated his call directly to the armed forces to support his efforts of getting the aid in.

The latest aid delivery comes one week after Guaido and Venezuela’s National Assembly requested humanitarian assistance. The Venezuelan government, led by embattled President Nicolas Maduro, last week blocked a bridge connecting Venezuela to Colombia, according to Colombian officials and a CNN photojournalist at the scene, effectively cutting off the humanitarian aid called for by Venezuela’s opposition via that route.

Maduro has rejected the international aid, saying, “We are not beggars.”

Guaido declared himself acting president on January 23, but Maduro — who was inaugurated for a second term that the United States, dozens of other countries and the Venezuelan opposition have decried as illegitimate — has neither stepped down as president nor heeded calls to hold another election.

A senior administration official says the United States would be willing to meet with Maduro to negotiate his exit.
Maduro reportedly extended an invitation to meet with the US special envoy on Venezuela, Elliott Abrams. The State Department and secretary of state would not comment on the prospect of such a meeting, but Mike Pompeo said Friday that the overture shows Maduro’s “increasing understanding that the Venezuelan people are rejecting him.”

Speaking at the Munich Security Conference on Saturday in Germany, US Vice President Mike Pence said the situation in Venezuela is a “tragedy that demands a response from the whole world.”

Pence added the United States was “proud” to be the first country to recognize Guaido and “to date, 52 countries, including 30 of our European allies, have followed America’s lead.”

Pence said it’s time for the rest of the world to recognize Guaido.

“It’s time for the rest of the world to step forward,” he said. “Once more the Old World can take a stand in support of freedom in the New World. All of us must stand with the Venezuelan people until freedom and democracy is fully restored.”