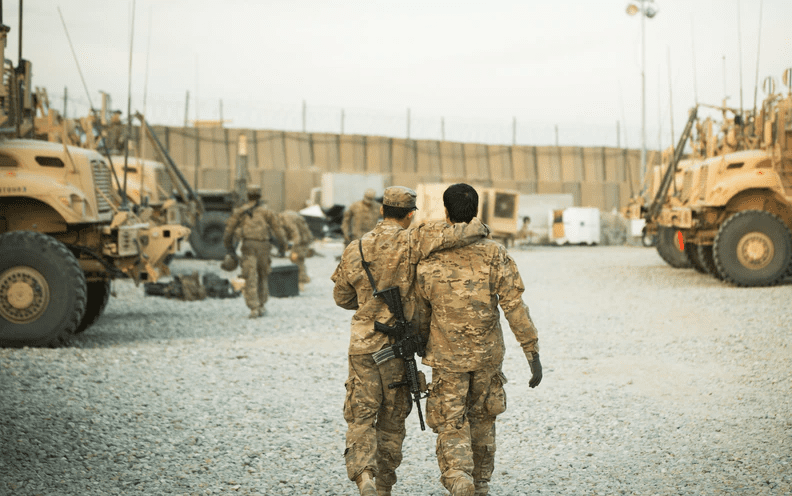 The first Afghans to be airlifted out of Afghanistan as the United States completes its withdrawal from the country after nearly two decades of war will initially be housed at an Army base south of Washington.

Officials at the State Department and the Pentagon on Monday said as many as 2,500 Afghans will be brought to Fort Lee in Virginia, about 216 kilometers south of the U.S. capital, when flights begin later this month.

The group, which includes about 700 interpreters and others who aided U.S. forces, as well as their families, are then expected to spend several days at the base before they are resettled elsewhere in the U.S.

State Department spokesman Ned Price told reporters the Afghans are all from a pool of Special Immigrant Visa (SIV) applicants “who are closest to completing special immigrant processing.”

“These are brave Afghans and their families, as we have said, whose service to the United States has been certified by the embassy in Kabul, and who have completed thorough SIV security vetting processes,” he said.

Pentagon officials said they expect the Afghans to arrive gradually, allowing officials to finish processing their visas and send them on their way before the next wave of applicants arrive.

“These people and their families are in the very final stages,” Pentagon press secretary John Kirby told reporters. “So, there’s just not a need for them to be on a military installation for long.”

Officials said last week that the goal is to get approximately 18,000 Afghans out of the country before the last U.S. troops withdraw at the end of August as part of what’s being called “Operation Allies Refuge.”

And while the initial group of Afghans will be brought to Fort Lee, the Defense Department said other installations in the U.S. could also be made available, if needed.

“Fort Lee is the initial site that’s been recommended,” Kirby said. “It is possible that others might follow depending on the flow, not just the numbers but how fast they arrive in the United States and our ability to accommodate them.”

Another 4,000 Afghan SIV applicants could also find themselves headed to other countries while their applications are completed.

Defense officials have said non-U.S. installations are being considered. And both U.S. defense and diplomatic officials have been taking part in ongoing talks with Central Asian countries, such as Kazakhstan, Tajikistan and Uzbekistan about aspects of the U.S. withdrawal.

Once admitted to the U.S., the Afghan visa holders will be eligible for resettlement benefits for up to 90 days, including money for food, clothing and home furnishings.

U.S. Senator Jeanne Shaheen, a Democrat who is behind legislation aimed at increasing the number of special immigrant visas for Afghans who aided U.S. forces, welcomed the announcement of the 2,500 who will soon be headed to Fort Lee.

“I’m relieved that the Biden administration is taking this step to protect our partners,” she said in a statement late Monday.

“Upholding our promise to our allies isn’t just the right thing to do — it sends a clear message around the world that the United States is good for its word,” Shaheen added. “We cannot risk the security implications if we fall short on our promise to our partners.”

Fort Lee, the initial destination for the first Afghan SIV applicants to come to the U.S., is the U.S. Army’s third-largest training site and home to about 27,000 military members and their families.