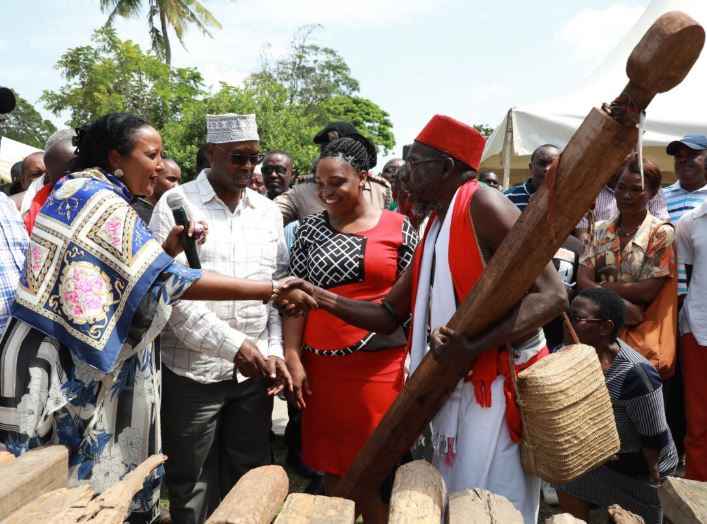 The Government of Kenya on Monday handed over 30 cultural artifacts to Kaya elders from the Mijikenda community that were allegedly stolen over 150 years ago and shipped to the United States.

Speaking during the handing over ceremony at Fort Jesus in Mombasa County on Monday, Sports and Culture Cabinet Secretary Amina Mohammed said the move to repatriate the artifacts from U.S “is a big milestone in the quest for social and cultural justice for Kenyan people.”

CS Amina said that the artifacts, known as known as ‘vigango’, arrived in the country last month after being voluntarily returned by the Denver Museum of National History following discussions with Kenyan government.

“The value of our national history is the best intellectual currency for our future. We will ensure that this quest continues until every item of historical significance finds its way back to our shores and we can showcase our culture,” said the CS.

National Museum of Kenya Chairman David Musila, on his part, expressed concern that despite efforts to have Kenyan artifacts which were previously stolen returned, several of them were still lying at the port of Mombasa after government officials failed to clear them.

Mr. Musila further challenged other foreign countries presently in possession of Kenyan artifacts to move with high speed and ensure their return.

Kaya elder Joseph Mwarandu  told Citizen Digital that the 30 vigango or effigies represent the spirits of GOHU council of elders whose mandate was to direct the community against calamities and misfortunes.