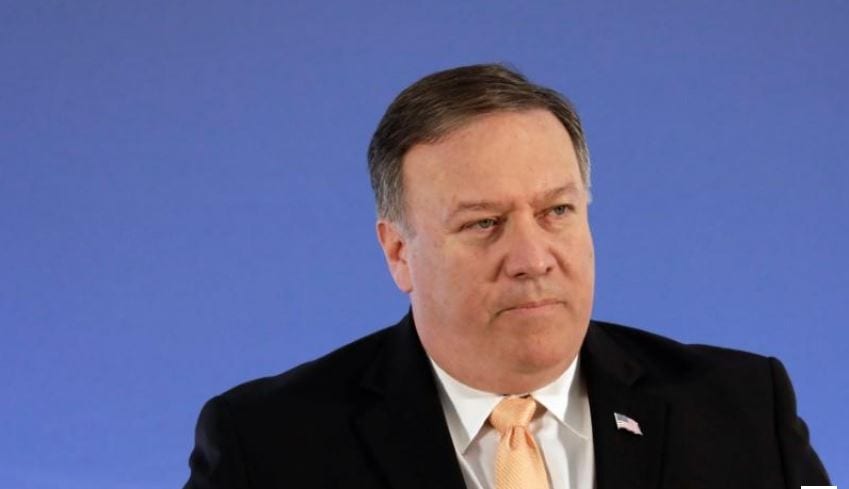 The United States appears to have shelved an “all or nothing” approach to North Korean denuclearization as U.S. Secretary of State Mike Pompeo prepares to head back to North Korea this week hoping to agree a roadmap for its nuclear disarmament.

Pompeo will spend a day and a half in North Korea on Friday and Saturday on what will be his third trip to the country this year, and his first since an unprecedented summit between President Donald Trump and North Korean leader Kim Jong Un in Singapore on June 12.

It will be Pompeo’s first overnight stop in the country, with which the United States had remained technically at war since the 1950-53 Korean War ended in an armistice not a peace treaty.

At the Singapore summit, Kim made a broad commitment to “work toward denuclearization of the Korean Peninsula,” but has made no mention of how or when Pyongyang might give up a nuclear weapons program that threatens the United States and its allies.

U.S. officials have since been trying to flesh out an agreement that critics say is short on substance and map a route to a deal that might live up to Trump’s enthusiastic portrayal of the summit outcome.

But U.S. officials, who spoke on condition of anonymity, said there had been no sign of a breakthrough and little progress toward even defining the keys terms of any agreement.

What has been seen instead is an apparent softening in the Trump administration’s approach, in spite of what U.S. officials say are intelligence assessments saying that North Korea is continuing to deceive Washington about its weapons programs.

The U.S. administration has previously demanded that North Korea agree to abandon its entire nuclear program before it could expect any relief from tough international sanctions. Ahead of the Singapore summit, Pompeo said Trump would reject anything short of “complete, verifiable and irreversible denuclearization.”

But following talks on Sunday between U.S. envoy Sung Kim and North Korean counterparts to set up Pompeo’s latest Pyongyang visit, this “CVID” mantra appears suddenly to have disappeared from the U.S. State Department lexicon.

It says pressure will remain until North Korea denuclearizes, but in statements this week, has redefined the U.S. goal as “the final, fully verified denuclearization of (North Korea) as agreed to by Chairman Kim.”

Two U.S. officials said the Trump administration had stepped back from its CVID demand on South Korea’s advice.

The South Koreans, who have been pursuing their own talks with North Korea, argued that step-by-step negotiations were more likely to be successful than insisting Pyongyang yield to all U.S. demands before any concessions.

There was also a realization, one official said, that maintaining Chinese and Russian cooperation over North Korea would be “more problematic if the U.S. stuck to an all-or-nothing posture.”

The official said that the North Koreans had largely refused in talks with Sung Kim to respond to attempts to define the key terms of an eventual agreement, including the words complete, verifiable and irreversible.

“The choice was either bend it or break it,” one of the officials said.

A senior South Korean official told U.S. officials in a meeting in Washington last month that the U.S. side should stop pressing for CVID, which North Korea saw as a recipe for unilateral disarmament that would leave it vulnerable to regime change, according to a source familiar with the discussions.

The South Korean official suggested that the U.S. instead refer to “mutual threat reduction,” the source said.

The official also argued that it would be difficult to inspect North Korean nuclear and missile facilities in a conventional way involving “hundreds” of international investigators, as Pyongyang would be unlikely to accept.

Patrick Cronin of the Center for a New American Security, an Asia expert in close touch with U.S. and South Korean officials, said the thinking seemed to be that although Kim would not want to give up his entire nuclear program anytime soon, he might be willing to dismantle major portions of it.

“The U.S. may be exploring the degree to which he will dismantle major programs within the coming months, and if dropping some language to do this is required, Washington seems willing to do that at this point,” he said.

“Ambiguity in language may open up space for agreement despite the fact that interlocutors have different goals in mind. This is what is occurring right now as Washington and Pyongyang engage in talks to determine whether a workable deal is possible.”

Daniel Russel, former President Barack Obama’s top diplomat for East Asia, said it seemed the administration felt obliged to back away from tough positions after Trump’s post-summit declaration that there was no longer a nuclear threat from North Korea.

Russel said the “mutual threat reduction” approach pushed by Seoul played into North Korea’s hands “since Pyongyang’s strategy for protecting its nuclear program is to hide behind a call for global denuclearization while seeking payoffs for suspending its threatening behavior.”

White House national security adviser John Bolton said on Sunday the bulk of North Korea’s weapons programs could be dismantled within a year, “if they have the strategic decision already made to do that.”

However, on Tuesday, State Department spokeswoman Heather Nauert declined give a timeframe for North Korea’s denuclearization.

“I know some individuals have given timelines; we’re not going to provide a timeline for that,” she said. “A lot of work is left to be done, certainly. We go into this eyes wide open.”