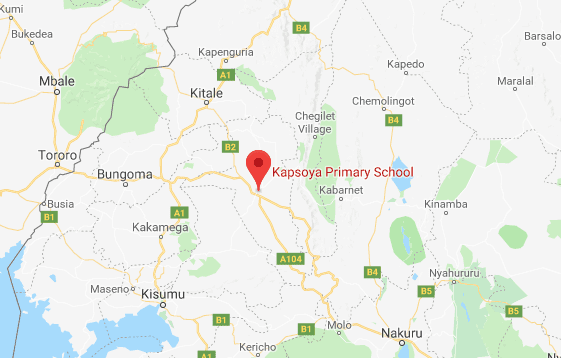 Uasin Gishu County Commissioner Abdi Hassan has ordered the arrest of a deputy headteacher suspected of raping a 14-year-old girl.

The tutor from Kapsoya Primary School, Eldoret, is said to have lured the girl into his car and driven to the neighboring Elgeyo Marakwet County where he reportedly performed the heinous act.

Uasin Gishu is approximately 55minutes away from Elgeyo Marakwet County, according to Google Maps.

“We have received information from parents at the school and launched investigations on Kipchumba Kiptoo who is said to have fled,” he said on Friday.

Nominated MCAs Belinda and Irine Malel have also called on the Teachers Service Commission  (TSC) to deregister the deputy teacher if he is found guilty of the crime.

Also Read: Teacher on the run after allegedly raping pupil in dormitory