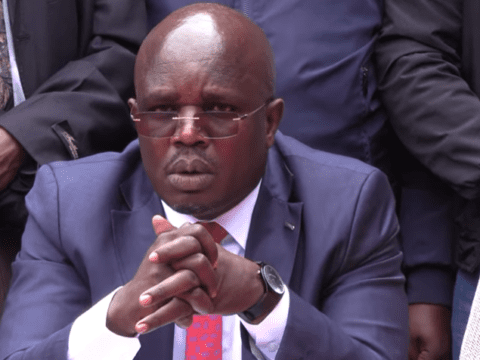 The University Academic Staff Union (UASU) has issued a seven-day strike notice following failure by the government to fully implement the 2017/202i Collective Bargaining Agreement (CBA).

In a press briefing on Friday, UASU Secretary General Constantine Wasonga said the Inter-Public Universities Councils Consultative Forum (IPCCF) and the government were in contempt of court for failing to implement the agreement.

“On  January 15, 2021, the Employment and Labour Relations Court ruled that the 2017/2021 Collective Bargaining Agreement be implemented as was negotiated. Today I want to say IPCCF has not implemented the CBA as per the court judgment,” said Wasonga.

He said lecturers will paralyse learning in all public universities within the next seven days should their demands not be met.

“We expect all dons to down their tools. Today the National Executive Committee has voted and declared that dons are not going to be slave anymore. And to make it worse, our oppressors are our own colleagues,” he added.

“If you want learning to go on in public universities implement the CBA in total.”

The UASU Secretary General dismissed sentiments by vice-chancellors that universities are facing financial difficulties saying: “If there is no money then resign from those positions. It is not the responsibility of UASU to source for funds, ours is to negotiate.”