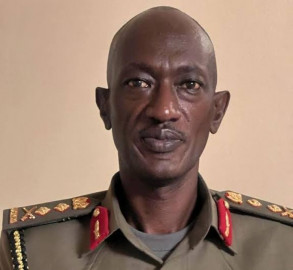 According to multiple reports, Kandiho will be given a new position in South Sudan with his counterpart, James Birungi, set to take over his responsibilities.

According to Kampala’s Treasury, military personnel violated the rights of Ugandan citizens during Kandiho’s time in charge. The Nation also reports that civilians who were apprehended by Kandiho’s unit were held illegally and subjected to torture and other dreadful acts.

The announcement comes just days after President Museveni’s son, Lt Gen Muhoozi, made a State visit to Rwanda where he was received by President Paul Kagame. The Kagame-led nation had in the past accused Kandiho of having ties with the nation’s rebel forces.