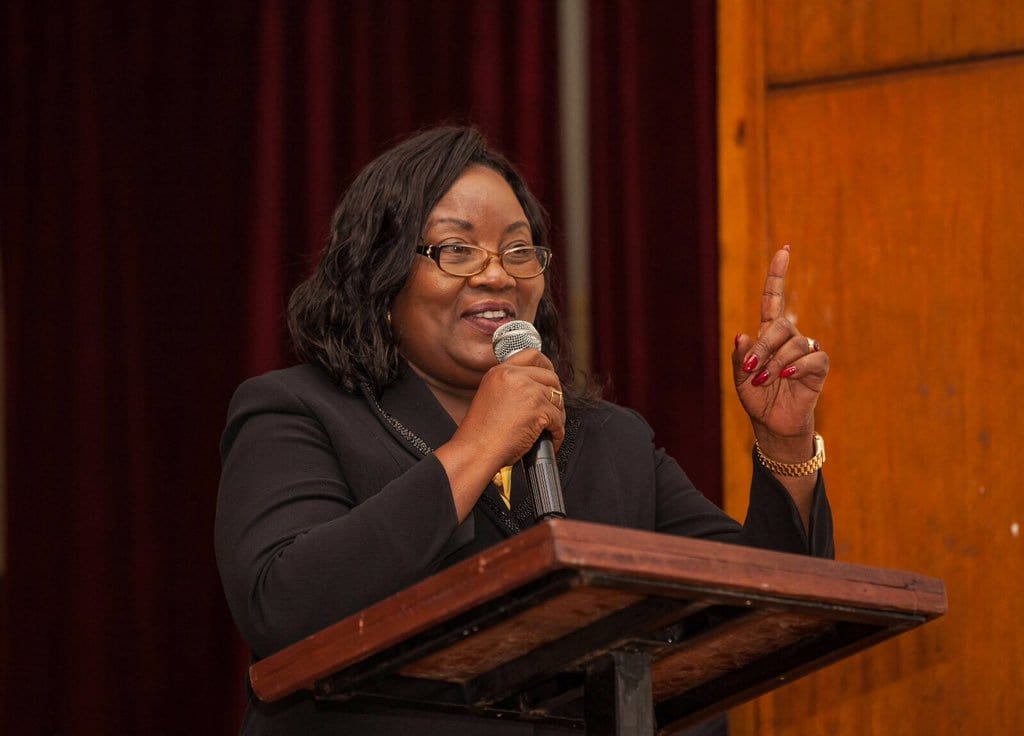 President Uhuru Kenyatta on Thursday honored Ida Odinga with one of the highest civilian awards, Elder of the Order of the Golden Heart (E.G.H.) for her services to the nation.

During the ceremony which also saw other outstanding women feted, Ida, wife of Raila Odinga, was also recognised as a trailblazer, who has contributed immensely toward the protection and growth of women’s welfare in Kenya.

The Chief Administrative Secretary (CAS) in the Ministry of Public Service, Youth and Gender Affairs, Rachel Shebesh, who emceed the session, read out Ida Odinga’s name as a president’s award honoree.

“Ida Odinga is a woman who has supported political leadership in this country. She is a prominent entrepreneur, an activist and an educator. She is awarded EGH, Elder of the Order of the Golden Heart. Your Excellency, she is also awarded as one of the trailblazers in this country, who has cut a niche in this country and opened many doors for many women,” said Ms Shebesh.

The EGH is the highest civilian honour coming second after Chief of the Order of the Golden Heart of Kenya (C.G.H.) which is conferred to sitting presidents.

Phoebe Asiyo, former MP and Ambassador to the United Nations Development Fund for Women, launched her book at the event.

Other trailblazers feted at the event were;