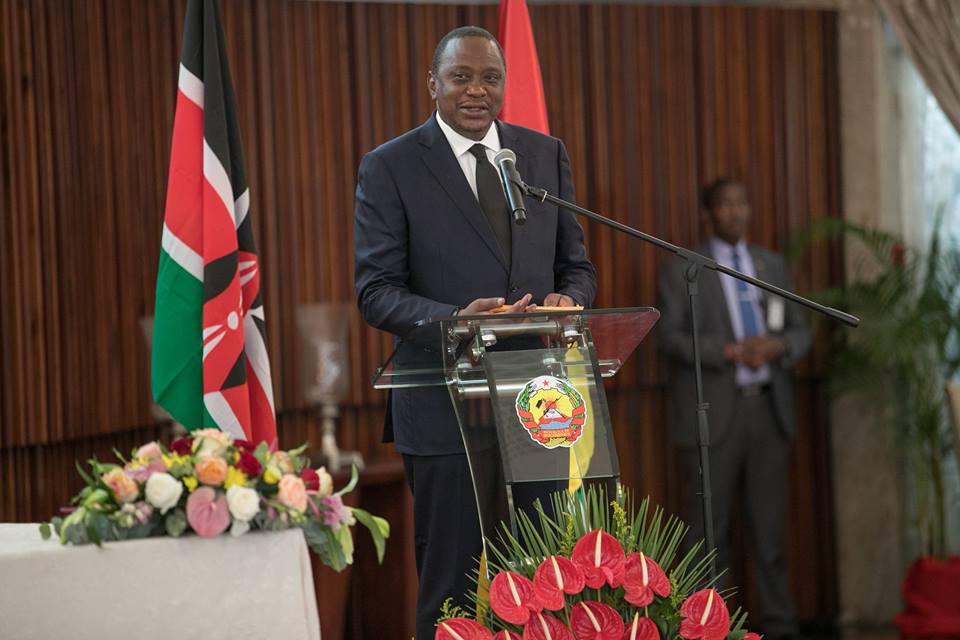 President Uhuru Kenyatta will on Tuesday, June 26 host Presidents Yoweri Museveni (Uganda) and Paul Kagame (Rwanda) as well as a Special Envoy of President Salva Kiir of South Sudan for the 14th Summit of the Northern Corridor Integration Projects (NCIP) at Safari Park Hotel in Nairobi.

During the Nairobi meeting, the leaders are expected to review the progress made in the implementation of the various resolutions reached at during the 13th Summit held in Kampala, Uganda on April 23, 2016.

Among the key projects expected to feature prominently during the meeting is the Standard Gauge Railway (SGR) where significant progress has been made with Kenya having successfully completed the Mombasa-Nairobi line and embarked on the Nairobi-Naivasha section which is now at 50 percent completion.

A commercial contract for the Naivasha-Kisumu-Malaba sections and a modern port at Kisumu has already been signed with the China Communication Construction Company (CCCC).

On its part, Uganda signed a commercial contract with China Harbor Engineering Company (CHEC) in March 2015 and recently completed the project appraisal exercise which was held parallel to the ongoing negotiations of financing which are expected to be finalized by September this year.

In Rwanda, preliminary engineering design of the new SGR line from Kampala to Kigali was completed in January 2018 while in South Sudan, preparation for a bankable feasibility study for the Nimule-Juba SGR line is on-going and is expected to be complete by December this year. Engineering Procurement and Construction (EPC) Contract for the line has been signed and the process for obtaining a commercial loan from China EXIM Bank is in its early stages.

Apart from the SGR, the Heads of State and the Special Envoy will be briefed on the progress being made in ICT and will be keen on the status of the One Network Area (ONA) for voice which is fully operational in all the partner states, while ONA for data is operational in Kenya, Uganda and Rwanda.

Also expected to feature in the deliberations will be the progress of the oil refinery. Uganda signed a Project Framework Agreement (PFA) in April 2018 with the Albertine Graben Refinery Consortium to design, develop, finance and operate a refinery in Hoima. It is expected that a final investment decision (FID) will be made by May 2019. The Land for the refinery has already been acquired. Kenya has been requested to indicate the entity that will hold its 2.5 percent shareholding in the refinery.

Further, the leaders will assess and provide leadership on the progress being made in power generation, transmission and interconnectivity, a function that is being coordinated by Kenya.

Going forward, the four East African countries are actively stringing together power exchange agreements which are expected to be ready by end of this year and work towards a fully-fledged need based power trade in the region.

Other agenda items expected to feature prominently during the summit include the crude oil pipeline project, the commodities exchange, human resource capacity building and land.