Uhuru in Kwale to issue Makonde community with IDs 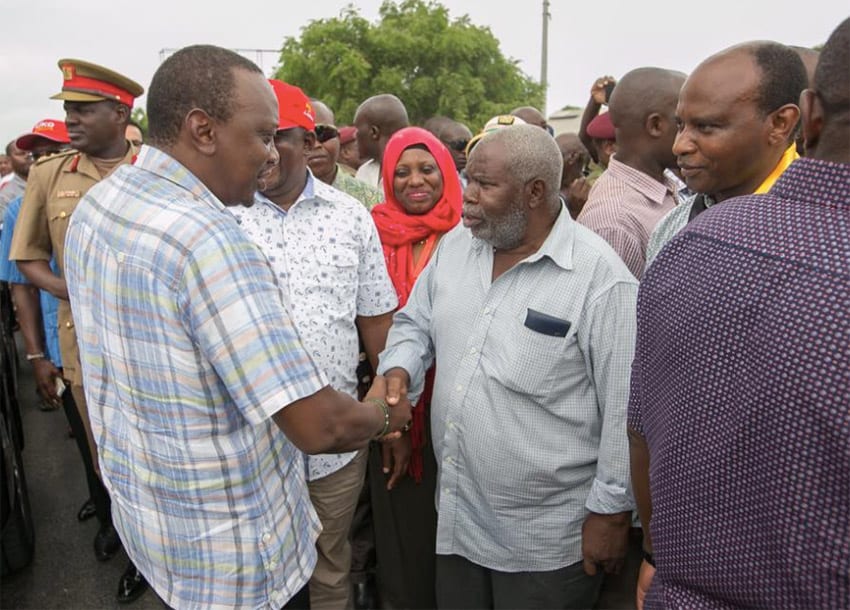 President Uhuru Kenyatta is today (Wednesday) touring Kwale County where he is expected to issue national identification cards to the Makonde people who are originally from Mozambique.

The president will issue 5,000 IDs to the Makonde people to enable them register as voters in the ongoing voter registration exercise.

The Makondes staged a successful walk to State House Nairobi last year to protest being stateless despite living at the coastal strip for decades.

The Makondes, who number about 1000, are a small tribe that originated from Mozambique in the 1950s to work in the sisal farms along the coast.

The president is also scheduled to rally Mombasa residents to register as voters at by addressing several rallies in the coastal city.

This comes just weeks after the community complained over the delay in the issuance of their Identity cards after they were recognized as the 43rd ethnicity in Kenya.

The community was worried that they could miss out in the voter registration exercise, despite the fact that President Kenyatta had issued a directive to the Interior Ministry to issue the community with IDs before December 2015.

Following the directive, Interior Cabinet Secretary Joseph Nkaissery launched the process of identifying the community as Kenyan on 25th October last year and promised to issue them with IDs before Christmas last year.

A visit to the Makongeni village in Kwale County which hosts the largest number of the Makonde community showed a dejected people who were eager to register as voters for the first time.

Asumani, who is in her late 60s, said that they are dejected because other people are registering as voters.

She noted that the registration was to first identify them as Kenyans after trekking from Kwale to Nairobi last year and will only feel as such if they are given a chance to vote.

“We are Kenyans and we really want to vote. I will feel very happy if [we] get those cards,” she said.