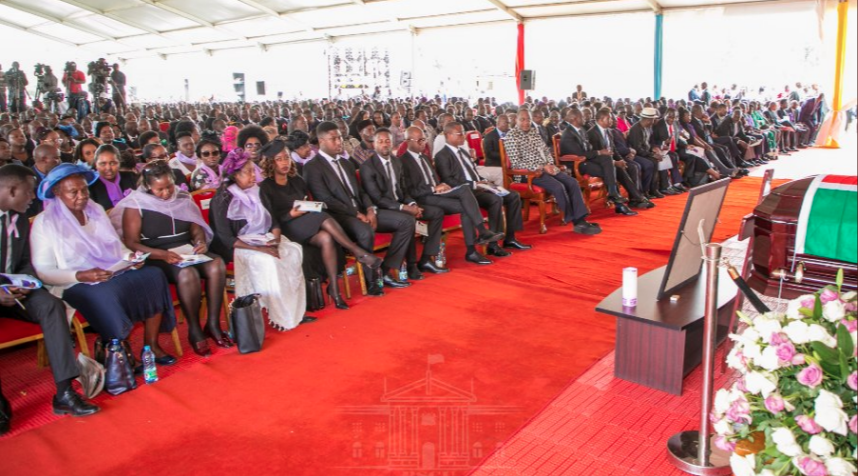 President Uhuru Kenyatta has announced plans to set up additional chemotherapy and radiology labs countrywide in renewed fight against cancer.

Speaking during the funeral service of the late Bomet Governor Joyce Laboso, he also noted that the Moi Teaching and Referral Hospital in Eldoret will be upgraded to enable medics to train on oncology.

An additional 10 chemotherapy centres will be launched and will be located in Mombasa, Kisumu Nyeri, Machakos, Nakuru, Kakamega, Meru and Garissa.

The government will also put up three extra radiology centers that will be in Garissa, Mombasa and Nakuru Counties.

In honour of the late Bomet Governor, the Head of State announced that by September, Longisa Hospital will have a chemotherapy and radiology centre.

Other counties that are set to have cancer centres include Kisii, Nyeri and Nakuru.

President Kenyatta further noted the Kenyatta University Hospital which is set for opening next month, will have a cancer centre.

The renewed fight against this disease comes mid calls by a section of groups to declare cancer a national disaster.

Kenya has lost leaders in a short spun to cancer with Kibra MP Ken Okoth having passed on just days before Laboso.