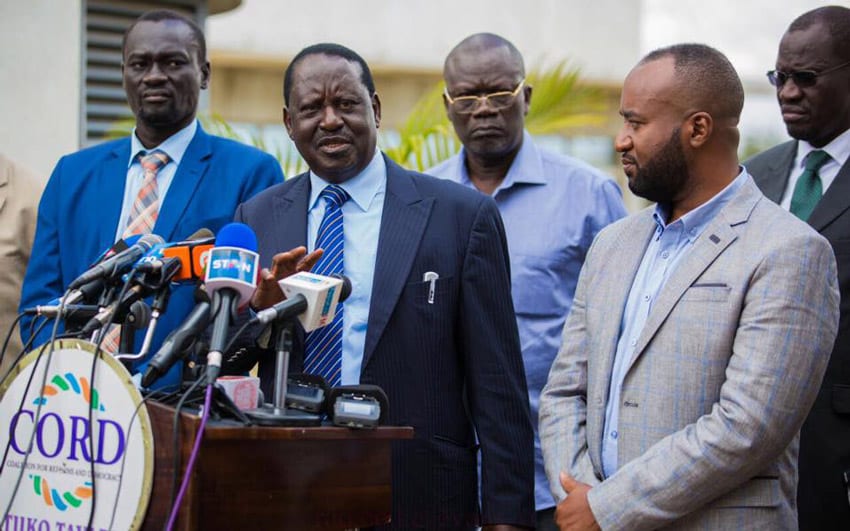 The Coalition for Reforms and Democracy (CORD) leader, Raila Odinga, has criticized President Uhuru Kenyatta over his refusal to assent to the Petroleum (Exploration, Development and Production) Bill, 2016.

The Bill was meant to provide a framework for, among other things, contracting, exploration, development and production of petroleum in Kenya.

“On the 23rd September 2016, President Uhuru Kenyatta communicated to the National Assembly his refusal to assent to The Petroleum (Exploration, Development and Production) Bill, 2016,” stated Raila.

“It is a critical Bill in light of the discoveries Kenya is making in the oil sector and plans to export the same while also ensuring that communities benefit from the deposits, in line with the Constitution of Kenya articles 69 (a) and 72.”

Raila said it was wrong for the President to push for the amendment of proposed drastic changes to the benefits and sharing formula that had been proposed by Parliament, especially since the oil has so far been discovered in marginalised areas.

“One of the amendments the President wants is to reduce the amount due to host communities from 10 per cent to 5 per cent,” he said.

“The President also wants to reduce the share of County Government from 20 per cent to an ambiguous figure to be determined by the National Government purportedly to cater for what he calls equitable share of taxes, whatever that means.”

He stated that the President is attempting to place the entitlements of the host communities and the county governments at the mercy of the executive arm of the National Government in contravention with the Constitution.

“The rejection of the Bill by the President is a slap on the face of communities that had finally seen a realistic chance to pull themselves from the dehumanization of years of State-sanctioned marginalization and poverty to which the past constitutional order had condemned them,” stated the ODM leader.

“By vetoing this Bill, the President has confirmed to the marginalized communities in Kenya the accusations made against him in the past that he is an enemy of the new constitution and of the system of devolution on which our new constitutional structure rests.”

Raila accused President Kenyatta of frustrating a legislation that has been the product of negotiations and which was accepted by both the National Assembly and the Senate across party lines.

He called on the president to create an environment where all communities, including the Turkana, can grow and benefit from God-given resources including fertile land, forests, and oil.

“Every part of this country has its own resources that they can or have developed over the years for the benefits of residents and the entire nation. We have regions that have done well in agriculture and fully enjoyed its proceeds.”