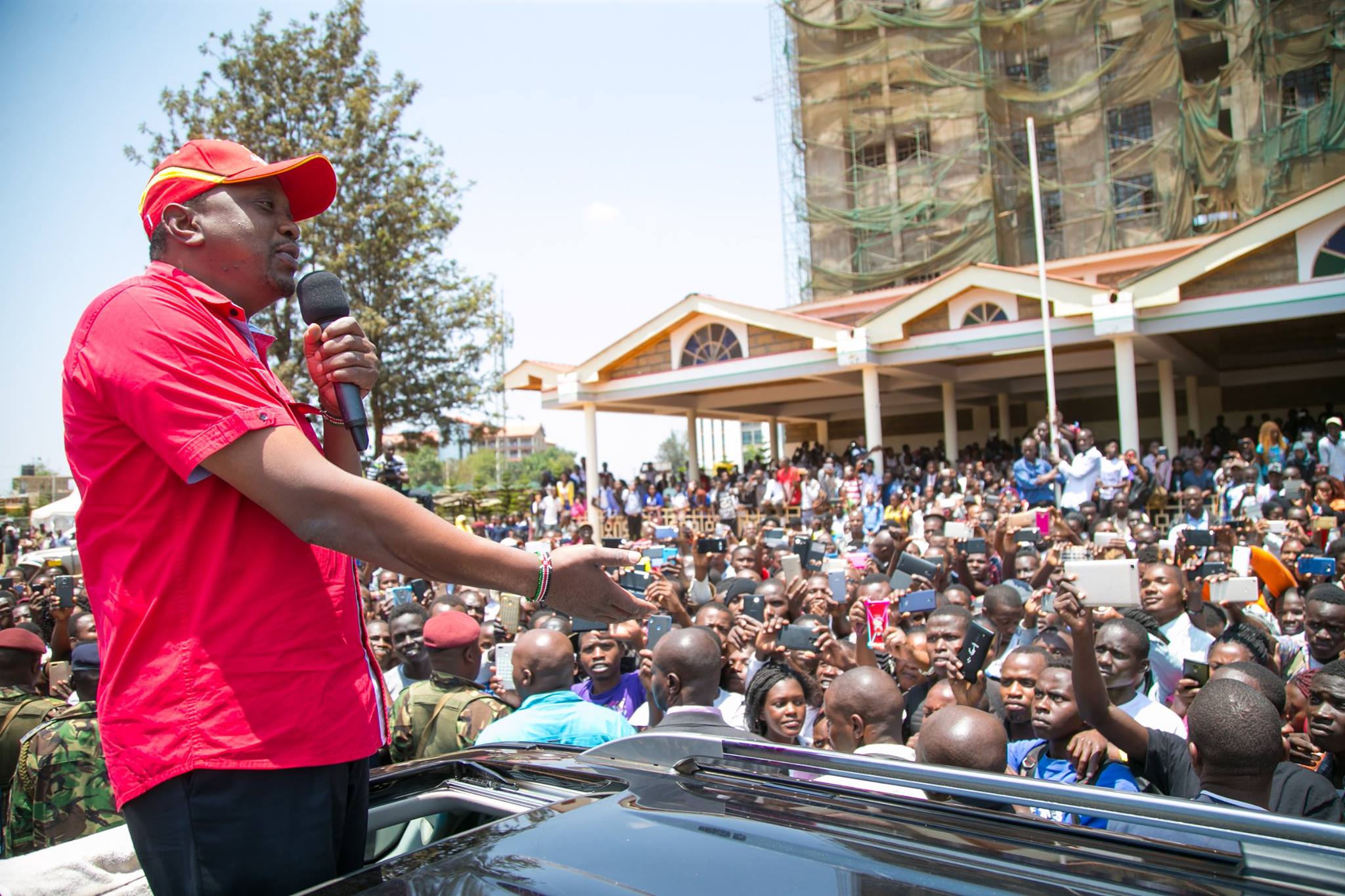 President Uhuru Kenyatta has said that National Super Alliance (NASA) leaders are free to hold their anti-Independent Electoral and Boundaries Commission (IEBC) mass protests on Tuesday but warned presidential candidate Raila Odinga that he will be held responsible for any destruction of property.

NASA co-principals had on Sunday given IEBC officials including CEO, Ezra Chiloba, and a host of other officials who it accuses of bungling the August 8 presidential elections an ultimatum to vacate office before Tuesday failure to which they will hound them out of office.

Speaking on Monday during a vote hunt tour at Chuka in Tharaka Nithi County, President Kenyatta okayed NASA’s plan to protest but warned that any acts of violence will be met with the full force of the law.

“People are free to demonstrate but they must ensure that they do not destroy other people’s property. Kenyans should open their businesses as usual and let them not think that they will break into other people’s shops and interfere with the daily routine of other Kenyans,” President Kenyatta said.

Deputy President William Ruto said the opposition is not ready for the October 26 repeat polls, claiming that they are angling for a power sharing deal.

“They want to precipitate a constitutional crisis so that they can ascend to power through the back door, but we are telling them that will not happen,” DP Ruto said.

President Kenyatta said the Constitution only provides for elections as the only path to presidency and dismissed the opposition as an outfit only interested in forming a coalition government.

President Kenyatta also told off NASA leader Raila Odinga for his constant demands to IEBC, saying he should pull out of the fresh election if he is not ready instead of attempting to sabotage the electoral process.

“They, NASA, have to decide whether they want to be the adjudicators or the candidates because they cannot be both,” President Kenyatta said.

President Kenyatta has urged the residents to turn up in large numbers and vote for him in next month’s repeat presidential election.