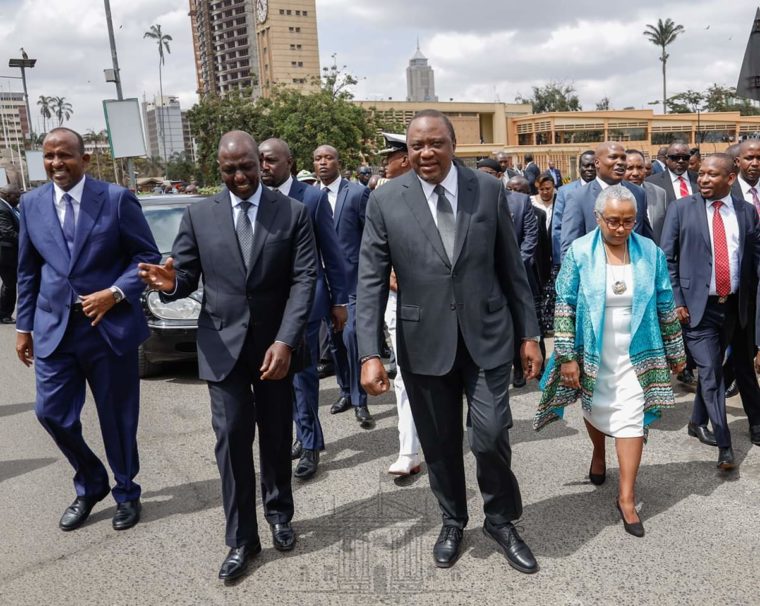 President Uhuru Kenyatta has dismissed talk that political dynasties want to perpetuate themselves beyond the 2022 elections through the anticipated Building Bridges Initiative referendum.

The Head of State said leaders ought to realise that they will not remain in power forever, and should therefore focus on making a difference in the lives of those they serve.

“Leadership is not about where you were born, where you came from, colour of your skin or tribe. It is about a desire to serve, to do good and make a difference in the lives of people,” said Kenyatta.

He was speaking on Thursday at the Holy Family Minor Basilica in Nairobi during the commemoration of the 41st anniversary since the death of Kenya’s first President Mzee Jomo Kenyatta.

President Kenyatta urged politicians to act in the good interest of the nation and their compatriots.

“Even as we engage in our politics, let us do so in a decent manner, realising that you are here today and gone tomorrow. Mzee is gone, 41 years ago, Kenya hasn’t stood in its tracks; Kenya has made massive strides in between those 41 years. We have moved forward and we shall never go back,” he added.

“Just as today, there are others who will come tomorrow but what spirit do they carry on for future generations to hold on to, so that this great nation continually moves to improve itself. That is our objective. And I will engage with anybody who has that desire.”

Critics of the handshake deal between President Kenyatta and Opposition leader Raila Odinga have oftentermed the unity between the two is a plot by the Kenyatta and Odinga dynasties to cling onto power through a referendum to create more positions.

At the same time, a political narrative of ‘hustlers’ versus ‘dynasties’ has also found its way onto the political arena, with Deputy President William Ruto and his supporters taking the hustler tag.

During this year’s National Prayer Breakfast in Nairobi, DP Ruto described himself as a self-made man who had risen from the ground to sit at the high-table with the mighty.

“Today, the gentleman who did not have shoes is sitting at the high table with the son of the founding father,” he said.