Uhuru talks tough on corruption, says no one will be spared 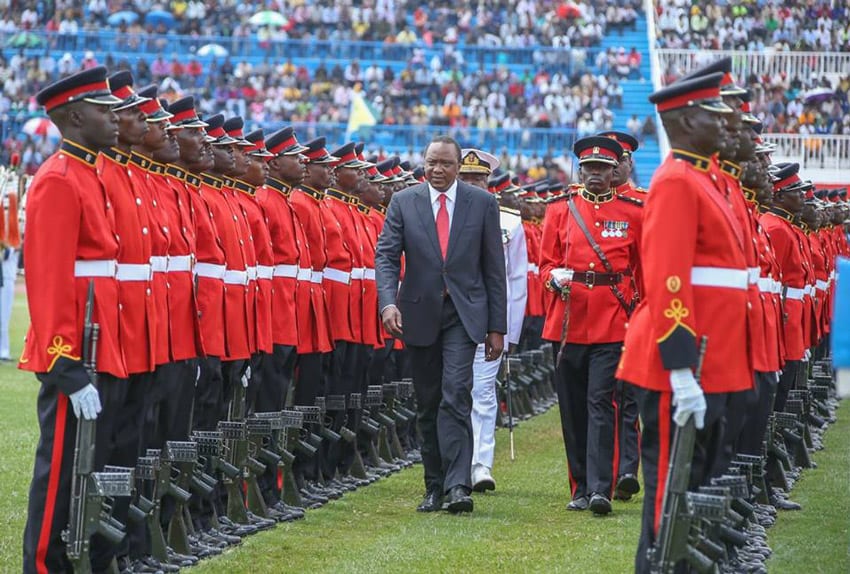 President Uhuru Kenyatta has said no one will be spared in the ongoing fight against corruption.

Speaking during the Mashujaa Day celebrations in Kakamega, President Kenyatta cautioned that everyone is equal before the law irrespective of their standing in society.

He said anyone found culpable will be held accountable.

The Head of State further ordered the Interior Ministry and the National Police Service to act on cases of corruption to reduce future road accidents.

“I am deeply concerned about the number of serious road accidents, including the one that recently happened here in Fort Ternan,  Kericho County killing more than 50 people; just because of a few greedy people.

“I expect the National Police Service to take every measure to combat the culture of bribery that allows cars that are not roadworthy or are being driven recklessly, to remain on the road,” he said.

The president reiterated that they have provided resources to different investigation agencies to fight corruption.

In the recent past, there has been an increased number of corruption cases across the country involving the loss of billions of shillings from different public sectors.

Kenyan ambassador to Austria Hassan Wario was on Friday charged over allegations of embezzlement of funds during the 2016 Olympics games in Rio de Janeiro Brazil.

Dr Wario, who is the former Sports Cabinet Secretary, was charged with six counts of abuse of office.

In May, the National Youth Service (NYS) hit the headlines yet again over massive corruption claims which saw the several high ranking officers charged with fraud.

Another case of corruption was unearthed at the National Cereals and Produce Board (NCPB) where PS Lesiyampe was charged alongside other officials.