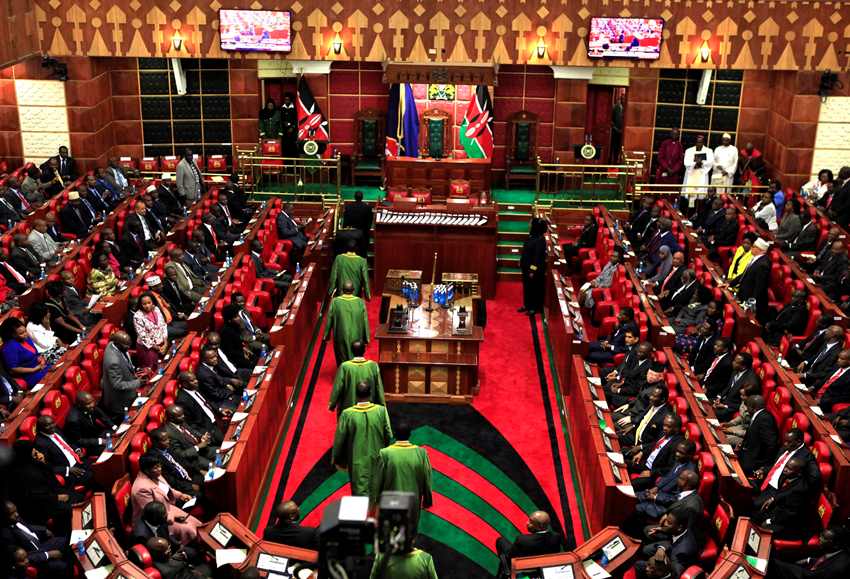 President Uhuru Kenyatta has urged Members of Parliament to pass the Gender Rule Bill seeking to amend the Constitution to allow for nomination of more women to Parliament to meet the two-thirds gender rule threshold.

The President says the Bill will empower the government to take legislative measures to realise the two-thirds principle and also secure gender equity in government.

In a statement to newsrooms, the Head of State said the Bill under consideration Wednesday,  also provides that beneficiaries of the nominations can only serve two terms in these special seats.

The President has urged the MPs to turn up in the National Assembly and approve the Bill.

The National Assembly is expected to pass the Gender Rule Bill, as women MPs reach out to men MPs for numbers to pass the Bill.

A total of 233 MPs are needed to pass the Constitutional (Amendment) Bill to aid Kenya in achieving the two third gender representation in the next Parliament.

National Gender and Equality Commission Chairperson Winnie Luchuma has also appealed to legislatures to support the Bill  which seeks to amend the Constitution to allow for nomination of more women to Parliament to meet the gender rule threshold.

The Bill, by National Assembly Majority Leader Aden Duale, states that if elected women do not meet the two thirds gender rule, then the remaining number will be filled through nomination.

In December 2015, the Commission for the Implementation of Commission (CIC) chair Charles Nyachae urged the National Assembly to expedite the process of implementing The Duale Bill and the Constitutional Amendment Bill that sought to fast track the implementation of two-thirds gender rule.

“As the country knows, this subject has been expensively discussed in all quarters and has even been subjected to discussion before the Supreme Court and the Constitutional Court,” said Nyachae.