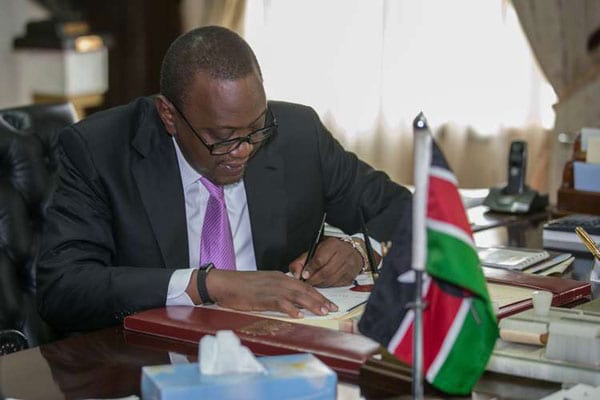 The appointment of the board of the Postal Corporation of Kenya as well as the Tana and Athi Rivers Development Authority have been challenged in court on grounds that they did not consider ethnic balance.

Chama Cha Mawakili, in a petition filed Wednesday, argued that the appointment of Mike Rubia, Fred Gachie, Munyua Waiyaki, Simon Kiuta, Pauline Muthangani, James Muriithi, Jane Githinji, Ndogo Waweru, and Robert Murimito to the boards of the two institutions did not meet the constitutional requirement of ethnic and regional balance and should therefore be quashed.

“Regional and ethnic balance is a constitutional edict that runs through the entire Constitution and therefore the composition of all national or public institutions at all levels should reflect the regional and ethnic diversity of the people of Kenya,” read court papers.

The petitioners now want the court to declare the appointments as unlawful and unconstitutional, and to further quash the May 3, 2019 gazette notice by President Uhuru Kenyatta detailing the appointments.

According to court documents, the State corporations are currently dominated by major communities and priority should instead be given to other minor communities in appointments in order to bring about true ethnic and regional balance.

“No justifiable reason to continue favoring big communities during appointments to state corporations. And its imperative that regional and ethnic balance be achieved in all state corporations without delay,” added the petition.