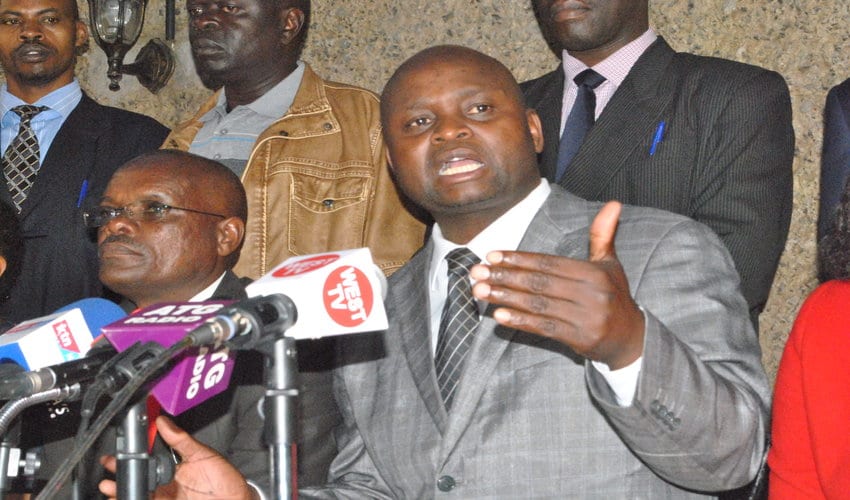 The Kenya National Union of Nurses on Saturday 9th December condemned the killing of a nurse at Chiromo Lane Medical Center in Nairobi three days ago.

Speaking to the media, the Union’s Secretary General Seth Panyako further demanded that the hospital takes responsibility for the incident in which Faustine Mwadime, a nurse at the facility, was shot dead by an armed patient.

The union further urged the government to take action and beef up security in hospitals in a bid to ensure the safety of patients and nurses.

“We have an incident in Makueni where someone walked into a hospital and shot a patient and walked scot free. Unless nurses’ security is guaranteed, Kenya is headed down the drain!” Said Panyako

This comes just a day after the National Nurses Association of Kenya (NNAK) demanded the immediate closure of Chiromo Lane Medical Centre pending a probe into the shooting at the facility on Thursday.

Speaking in Mombasa County on Friday, the association’s chairperson Alfred Obengo urged Health Cabinet Secretary Cleopa Mailu to take action against the hospital’s management for what he termed as “negligence”.

“We will hold a massive demonstration on Monday to condemn the incident. We also want the family of the doctor compensated,” said Dr.Obengo.

Police in Nairobi are holding the suspect, Joseph Njoroge Mungai, a licensed firearm holder and a regular patient at the facility.

The suspect, who has a mental condition, was on Wednesday 6th December admitted while in possession of the gun after he declined to surrender it to the hospital’s security.

Police who rushed to the scene after the incident arrested the patient and recovered a mini-ceska pistol with eight rounds of ammunition.

Mungai who has since been arraigned did not take plea and the court directed that he be treated at the Industrial Area health facility after he told the court he is unwell.

The prosecution will charge him in court next week Monday.