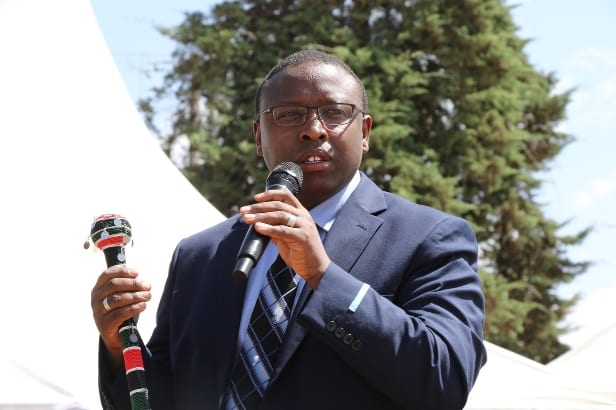 Addressing a press conference at his offices, Governor Prof. John Lonyangapuo said he received a letter from Dr. Atudonyang relinquishing his position at the health docket.

Dr. Atudonyang will now, according to Prof. Lonyangapuo, only serve as the county deputy governor without salary.

Geoffrey Lipale – who has been moved from the Ministry of Agriculture, Livestock, and Pastoral – now replaces the county second-in-command as CEC for Health and Sanitation.

The change comes after Governor Lonyangapuo was last week grilled by the Ethics and Anti-Corruption Commission (EACC) on claims that Dr. Atudonyang works full time in the United States yet continues to earn a salary as West Pokot deputy governor.

EACC alleged that Dr. Atudonyang, who is neurosurgeon in the US,  has remained salaried without rendering any services.

“He (deputy governor) does not depend on the salary. Those who have been making noise about misuse of funds should stop it,” said Prof. Lonyangapuo.

“We need motivation and new momentum for results to be realized. My CECs and Chief Officers have been competent and I am proud about them.”