US warns Britain: Side with Trump, not Europe, on Iran 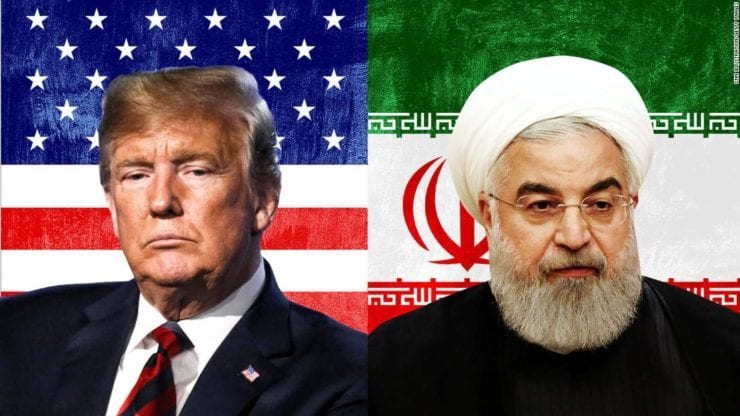 The United States ambassador to the UK, Woody Johnson, has called on Britain to side with President Donald Trump on Iran or risk “serious trade consequences” for UK businesses.

In a pointed intervention into an issue that has strained ties between the two allies, Johnson said the UK should embrace Trump’s hard-hitting sanctions on Iran, reimposed last week, and break with its European partners who are seeking to preserve the deal to curtail Iran’s nuclear program.

“America is turning up the pressure and we want the UK by our side. It is time to move on from the flawed 2015 deal,” Johnson wrote in the UK’s Sunday Telegraph, referring to the 2015 Obama-era pact agreed by the US, Iran, Britain, France, Germany, China and Russia. Trump withdrew from the deal in May.

“We are asking global Britain to use its considerable diplomatic power and influence and join us as we lead a concerted global effort towards a genuinely comprehensive agreement,” Johnson added.

In a joint statement last week, Britain, France and Germany said the Iran deal was “working and delivering on its goal” and said they “deeply regret” the reimposition of US sanctions.

Europe has attempted to counteract the effects of the sanctions by launching an updated version of its “Blocking Statue,” a measure intended to protect EU companies doing business in Iran from being hit by punitive US measures.

“The President has been explicit: any businesses which put their own commercial interests in Iran ahead of the global good will risk serious consequences for their trade with the United States,” Johnson wrote in the Telegraph.

“Only by presenting a united front can we exert the maximum possible pressure on the Iranian regime and get them to finally change course and put an end to their malign and reckless activities both at home and abroad.”

Johnson’s comments come less than a week after the Trump administration on Tuesday reimposed a raft of sanctions on Iran that affect, among other things, the purchase or acquisition of US dollars by the Iranian government, the country’s auto industry and trade in gold or precious metals.

Another phase of US sanctions will be reimposed in November and will target Iran’s crucial oil industry.

Trump has long been a fierce critic of the nuclear deal, agreed under his predecessor, calling it “insane” and maintaining that, even with the current restrictions in place, Iran continues to pose a threat to the US.

Even with European safeguarding measures, the threat of US sanctions appeared to further rattle businesses with interests in Iran. On the same day sanctions were reimposed, German carmaker Daimler announced it had suspended its activities in Iran “until further notice according to applicable sanctions.”

Joe Kaeser, the chief executive of German industrial conglomerate Siemens, summed up the harsh realities of US economic influence over European business when he told CNN in May that the company would stop all new deals in Iran, following Trump’s withdrawal from the nuclear deal.

“There is a primacy of the (US) political system. If that primacy is ‘This is what you are going to do,’ then that is exactly what we are going to do. We are a global company. We have interest and values and we have to balance both,” said Kaeser.

Iranian President Hassan Rouhani has described the sanctions as “pyschological warfare.” But on Monday Rouhani also said Iran was willing to hold talks with the US to resolve the matter — something Trump’s national security adviser John Bolton dismissed as possible “propaganda.”