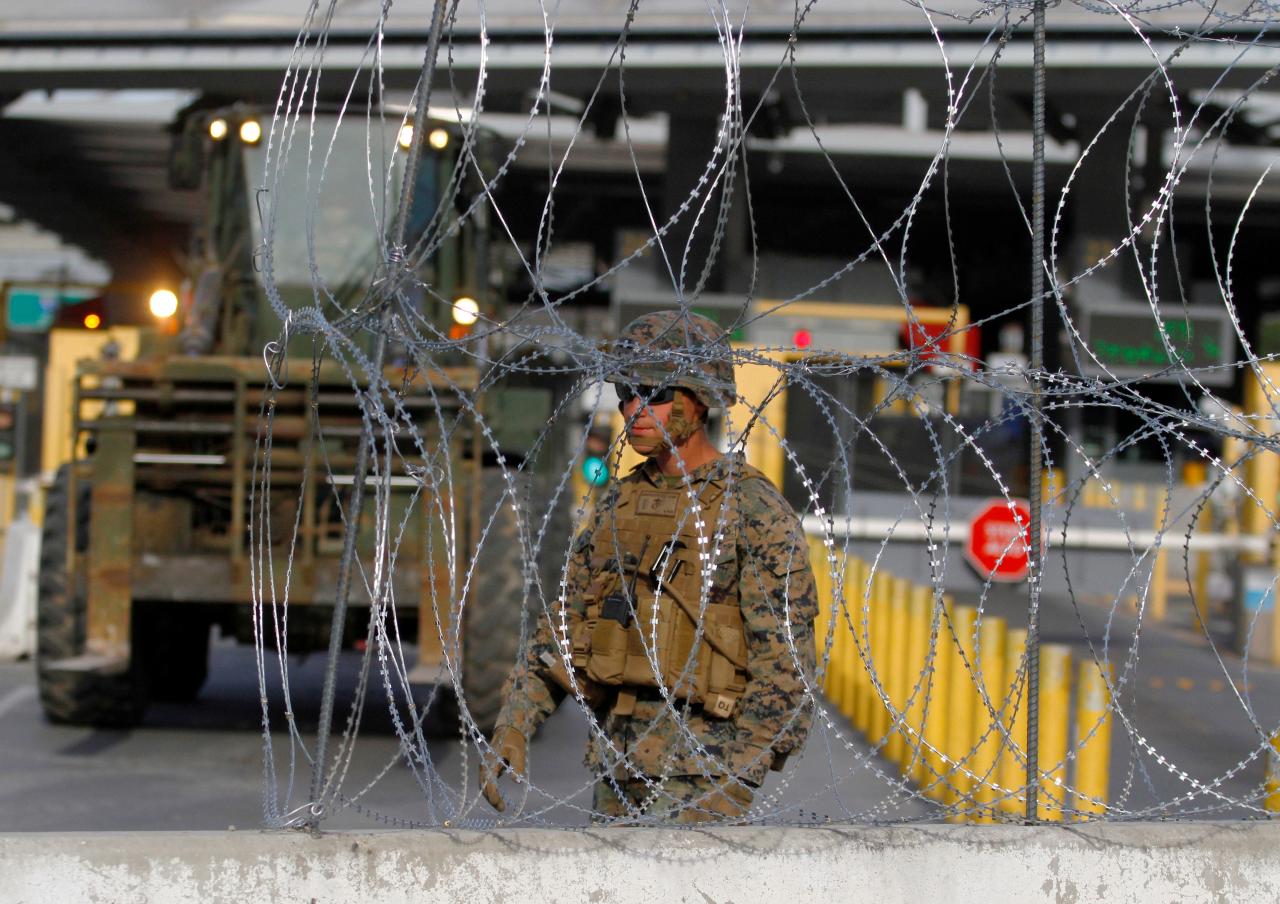 Some 400 migrants who broke away from the main caravan in Mexico City arrived in the border city of Tijuana on Tuesday by bus, according to a Reuters witness. Larger groups are expected to arrive in the coming days, human rights organizations said.

U.S. Defense Secretary Jim Mattis said he would travel to the border area on Wednesday, his first visit since the military announced that over 7,000 U.S. troops would go to the area as the caravan of mostly Hondurans has made its way through Mexico.

The U.S. Customs and Border Protection (CBP) said in a statement that it would close lanes at the San Ysidro and Otay Mesa crossings from Tijuana to allow the Department of Defense to install barbed wire and position barricades and fencing. Tijuana, in the Mexican state of Baja California, is at the westerly end of the border, around 17 miles (38km) from San Diego, California.

“CBP has been and will continue to prepare for the potential arrival of thousands of people migrating in a caravan heading toward the border of the United States,” Pete Flores, the agency’s director of field operations in San Diego, said in a statement, citing a “potential safety and security risk.”

The administration of U.S. President Donald Trump has taken a firm stance against the caravan, which began its journey north on Oct. 13 and briefly clashed with security forces in the south of Mexico early on its route.

On Friday, Trump signed a decree that effectively suspended the granting of asylum for those who cross the border illegally, a move that could drastically slow claims at gates of entry.

But migrants planning to seek asylum in the United States said they were undeterred by the crackdown.

“I prefer to be in detention in the United States than to return to my country, where I know they are going to kill me for being different,” said Nelvin Mejía, a transgender woman who arrived in Tijuana on Monday with a group of about 70 people seeking asylum. “Last month, they killed my partner, and I do not want to end up like that.”

For years, thousands of mainly Central American immigrants have embarked on long journeys through Central America and Mexico to reach the United States. Many of them die in the attempt or are kidnapped by organized crime groups.

Several thousand more migrants in at least three caravan groups are making their way through Mexico toward the border.