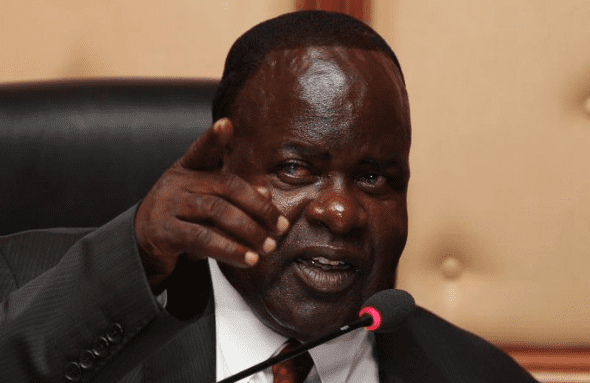 The Supreme Court has overturned a decision to nullify the election of Homa Bay Governor Cyprian Awiti saying he was validly elected.

Supreme Court judge Jackton Ojwang set aside the court of appeal ruling that overturned his win saying that the results declared by the Independent Electoral and Boundaries Commission (IEBC) will stand.

“The Appellate Court decision of the 19 July, 2018 is set aside in its entirety, the effect being that the election results for Homa Bay county in respect of the offices of Governor and Deputy Governor as declared by the Independent Electoral and Boundaries Commission will stand as the valid position in the Constitution,” ruled Justice Ojwang.

The top court also ruled that the petitioner, former Kasipul MP Oyugi Magwanga will bear costs for both Awiti and himself.