From wacky to well meaning, 7 upbeat stories of improving lives in 2018 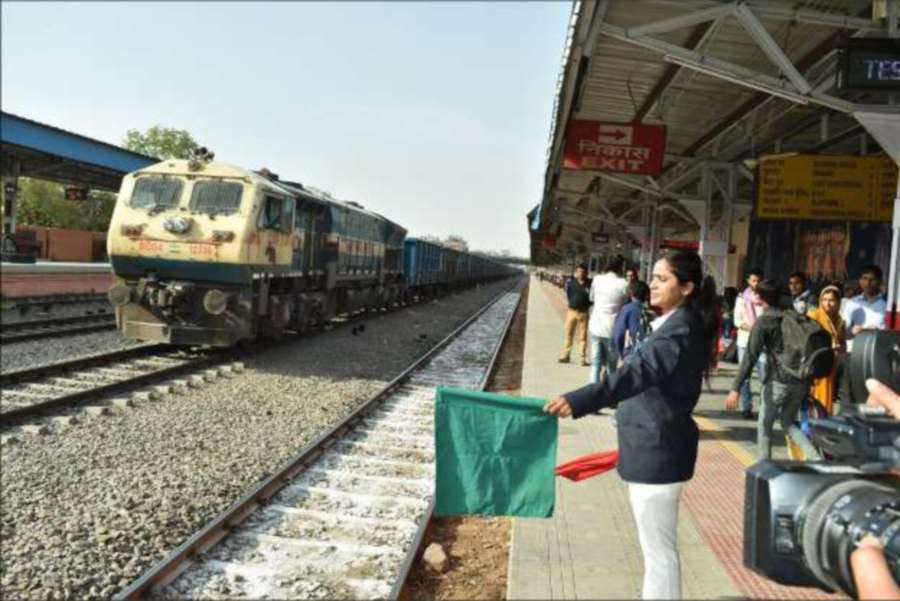 From an auto-repair shop in Uganda jumpstarting child soldiers into new lives to the boxing Barbie doll championing women’s rights, the past year saw its fair share of upbeat stories about efforts to improve people’s lives.

While headlines in 2018 were dominated by somber stories about war, disaster, the impact of climate change and violence, there were also some positive and brighter headlines. Here are seven of them:

When Louis Lakor set foot in a local primary school for the first time at the age of seven, it wasn’t to study but as an armed killer, a member of the Lord’s Resistance Army (LRA).

But after two decades as a child soldier, Lakor is now helping other ex-child soldiers learn skills, from car repairs to hairdressing, to get back on their feet.

“When I train youths here, I tell them my story. I tell where I came from – that I’m like them, that I’m still an orphan looking for a way to survive,” he said.

With the number of young homeless estimated at least 150 million globally, Sesame Street residents Big Bird and duo Bert and Ernie decided to tackle the issue with a new resident.

Lily, a homeless, 7-year-old pink puppet, was introduced to the show to offer hope to the growing number of children worldwide who lack a permanent home.

“We know children experiencing homelessness are often caught up in a devastating cycle of trauma (…) We want to help disrupt that cycle by comforting children, empowering them, and giving them hope for the future,” a spokeswoman for the show said.

For Barbie-loving girls dreaming of a career in boxing got a new “Shero” this year – a Barbie doll in the likeness of British Olympic boxing champion Nicola Adams, complete with “boxing gloves to shatter any glass ceiling”.

Toymaker Mattel said it hoped the Adams doll – among 14 new Barbies honoring “boundary-breaking women” around the world – would inspire girls to achieve greatness.

Nearly every year hundreds of families living in a slum in Gopalpur town in India’s eastern Odisha state had to rebuild their mud-and-brick homes after cyclones from the Bay of Bengal tore the tin and thatch roofs and smashed the flimsy walls.

This year, however, they started building pucca, or permanent homes, after receiving titles under an ambitious program to give land rights to about 1 million people living in slums across the state.

Unable to meet high legal fees and wary of dodgy lawyers, hundreds of women in Kenya are becoming their own advocates.

Equipped with legal information and useful advice on how to represent themselves, they are taking to the courts to fight their estranged husbands for divorce, child custody and maintenance – and winning.

“I remember I was shaking the first time I went to the court, but it’s so encouraging when you see the judge is listening to you and actions are being taken,” said French tutor Kate, 34, who spent two years battling to be maintenance for her two children from her former husband.

When women first took over the Gandhi Nagar railway station in India’s conservative state of Rajasthan, the sight of women conductors, ticket sellers and station managers left some commuters bewildered, surprised and even upset.

But as the months rolled by, they become pleased to see improvements at the station, including faster service, smaller queues, better information and cleanliness, while Indian Railways officials were happy to see revenues going up.

“There is a difference of night and day here. When the men were working here, there used to be a lot of hooliganism. But now the women are taking care of everything,” said Satya Narayan, 61, who has been regular at the station for decades.

When Hurricane Irma destroyed Cane Garden Bay, a beach resort tucked between steep hillsides and the azure sea in the British Virgin Islands, its residents decided enough was enough.

Amid fears more wild weather could decimate their tourism-dependent incomes, the community this year started restoring wetlands, mangroves, ponds and coral reefs to protect the village from future floods and storms.

“We know for a fact the government cannot do everything. We have decided to take things in our hands,” said local celebrity Quito Rimer, a reggae singer-songwriter, who was among those whose property was gutted by Hurricane Irma.