Wahungu out as NEMA board appoints new acting Director General 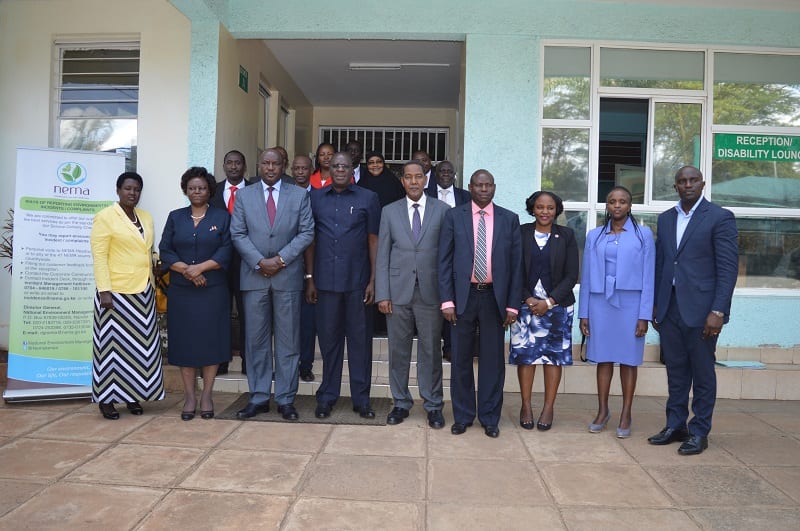 The National Environment Management Authority (NEMA) Board on Wednesday appointed Mamo B. Mamo as the Acting Director General.

This comes a day after former boss Geoffrey Wahungu was arraigned in a Nairobi court over the Ksh.63 billion Arror and Kimwarer dams scandal.

Prior to his new appointment, Mr. Mamo was serving as Deputy Director Environmental Education, Information and Public Participation in NEMA.

“Upon investigations by the DCI, it was established that the conception, procurement and payment process for the Arror and Kimwarer Dam projects in Elgeyo Marakwet County were riddled with massive illegalities,” said the DPP.

“The investigations established that government officials flouted all procurement rules and abused their oath of office to ensure the scheme went through.”

According to the DPP, approximately Ksh.46 billion was initially allocated towards Arror and Kimwarer dams but the National Treasury negotiated a commercial facility increasing the amount to Ksh.63 billion; which is Ksh.17 billion more.

Mr. Wahungu was on Tuesday arraigned before Magistrate Douglas Ogoti where he pleaded not guilty to, among others, charges of conspiring to defraud the public and was freed on cash bail.