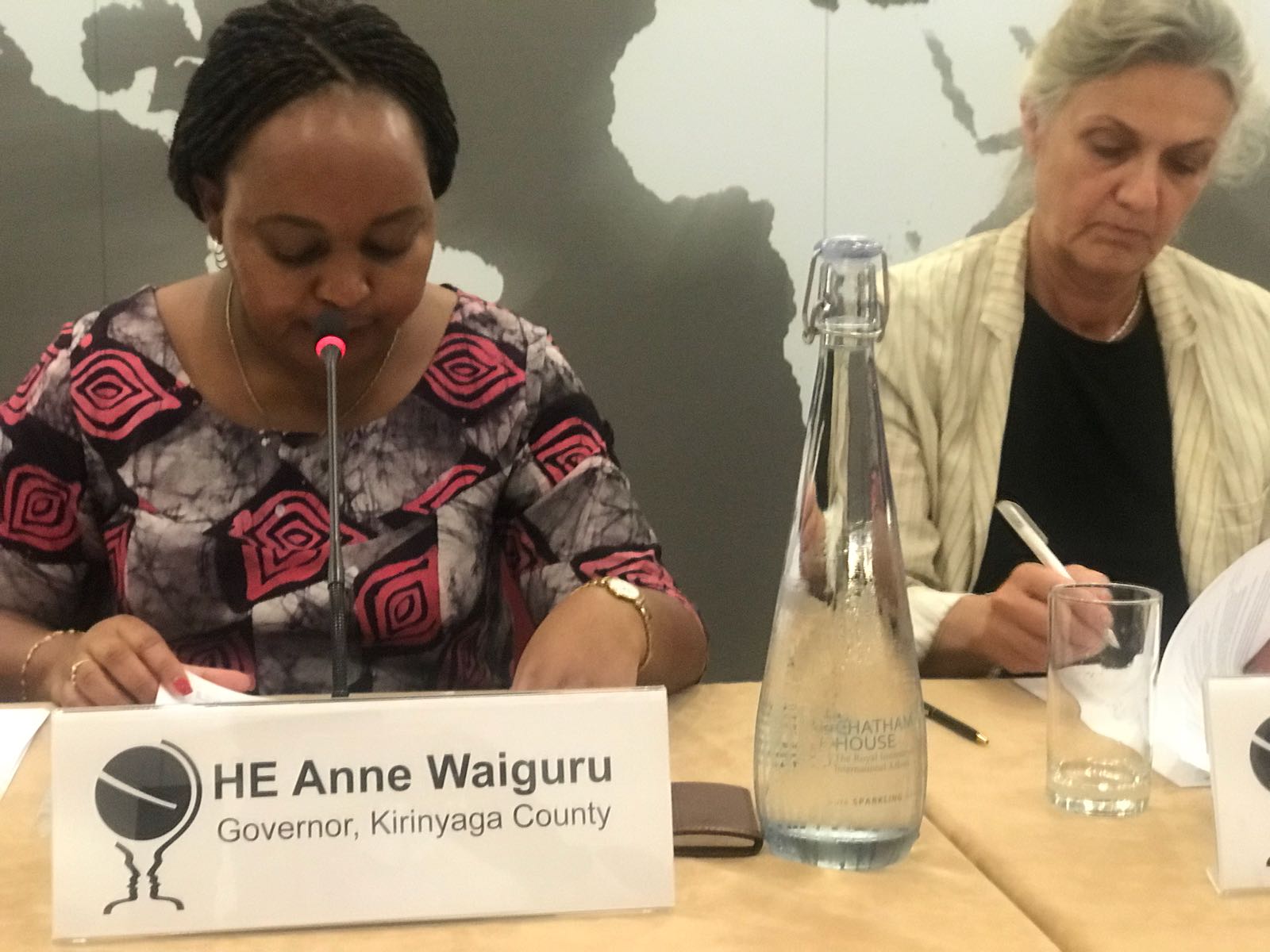 Kirinyaga Governor Anne Waiguru on Wednesday delivered a keynote speech at the esteemed Chatham House in London where she was invited to give a talk on the successes and challenges of implementing devolution in Kenya.

Waiguru, who is the vice chair of the Council of Governors, called for more support towards the implementation of the two-thirds gender rule, noting that Devolution had provided opportunities for women leadership.

The Kirinyaga Governor noted that, while devolution had opened the space for women to ascend to power, the terrain was filled with challenges.

“On August 26, 2016, I ventured into the whirlpool of Kenyan politics. The race was not easy; the campaigns were particularly arduous,” she said.

“Running for governor as a woman, there were many challenges. At the same time I knew that my campaign would have a wider significance for Kenyan women and girls, who have traditionally been marginalised in politics.”

She stated that regarding the upholding of women rights, Kenya was on the right track, but is still lagging behind other countries in East Africa such as Rwanda and Tanzania on women representation.

Waiguru expressed determination to ensure that more women are elected to gubernatorial positions in the upcoming election, including seeking support from male political leaders.

“I’m determined that after the next election, we have at least 11 women governors in place. An issue with getting support from male governors on this is that they think we are after their seats,” she said.

On Devolution in Kenya, Waiguru said county governments had made notable achievements but more could be realised if the current challenges including contestation over functions and mandates as well as funding were to be addressed.

“While there has been a steady increase in budgetary allocation over the years – from Ksh.210 billion in 2013/2014 financial year, to Ksh.372 billion in the 2018/19, delays in the disbursement of the funds have led to slow implementation of projects and delays in payment of salaries for county staff,” she said.

Ms. Kimani presented findings from her research on gender responsiveness in county planning and budgeting that foused on Kisumu, Kirinyaga, Nairobi, Kajiado and Mombasa counties.

She noted that more must be done regarding gender responsive budgeting.

“There needs to be an understanding that many things – infrastructure, healthcare etc. – impact differently on men & women, & county budgets have an important role to play in ensuring gender equality,” she said.