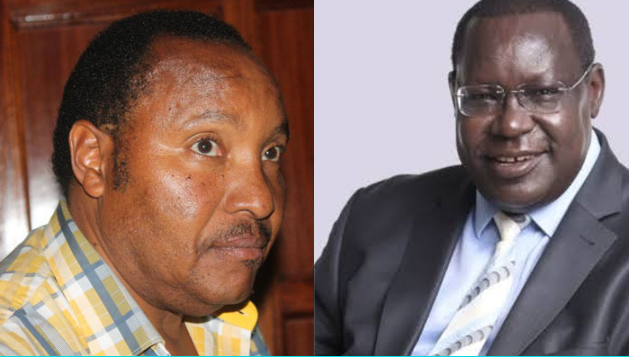 Kiambu County Governor Ferdinand Waititu now wants the court to restrain and prohibit his deputy James Nyoro or any other person from discharging functions of the office of the Governor.

The embattled Kiambu County boss, in a petition filed by his lawyer Tom Ojienda on Wednesday, is also seeking to be allowed access back to his office.

“The Office of a Governor of a County Government is a crucial portfolio and failure to access office not only constitutes an unlawful/unconstitutional removal from office on his part but is also a recipe for instability in the Governance Structure of the County as the current Deputy Governor, Hon. James K. Nyoro has since purported to ‘fill the vacancy’ that was created by the Order of the Court,” read court papers.

According to the Kiambu County boss, it is unlawful for DG Nyoro to re-assign duties to members of the County Executive Committee.

Baba Yao, as he is often referred to, also stated that the functions of Nyoro as deputy governor should only be limited to “overseeing the functions and sittings of the County Executive Committee” in the absence of the governor.

“Further, it is instructive to note that investigations in this matter have in any case been completed and there is no likelihood/evidence that the Applicant shall interfere with evidence, investigations or witnesses,” added the petition.

Kiambu County has witnessed a supremacy battle of sorts between Waititu and his deputy Nyoro since the embattled county boss was denied access to his office.

Justice Ngenye Macharia on August 8, 2019 declined to suspend orders barring Waititu from accessing office until the Ksh. 588 million corruption case against him is heard and determined.

Nyoro, barely hours after the initial ruling which was upheld by Justice Ngenye, had announced that he would be taking charge and pushing for the impeachment of his boss Waititu.

Nyoro was in September however barred from interfering with county government officers after Kiambu resident Marion Njoroge filed a petition claiming he was acting in violation of his powers.

“The Deputy Governor has purported to reshuffle, dismiss, and  assign the executive secretaries  hence acted in excess of his powers,” argued the petitioner.