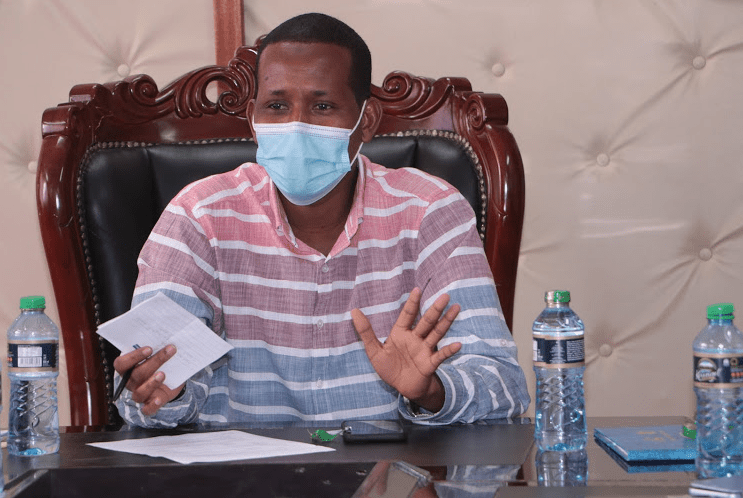 Newly-sworn in Wajir Governor Ahmed Mukhtar on Wednesday conducted a reshuffle of the county’s Executive Committee members in a move that shows he is taking charge of the North Eastern county.

This despite claims by impeached governor Mohammed Abdi Mahmoud that Mukhtar is acting in contravention of the law.

Political tension in Wajir County remained with contingents of police officers deployed in response to former governor Mahmoud’s threats of going back to his office.

The anti-riot police officers were deployed in different locations in Wajir town; from the airport to the central business district and the county headquarters.

This, according to the security apparatus, was meant to foil any breaches and thwart any attempts by Mahmoud to return to office.

As this was happening, Mukhtar, in what looked like a reorganization of the devolution unit, conducted a reshuffle that affected five members of his executive committee.

In the reshuffle, Ibrahim Abdi Mohammed was moved to head the Finance docket from Education and Youth Affairs.

Ismail Sheikh Issak was moved from the Finance docket to Health Services; and Hussein Sugow Gedi from the Health docket to Education.

According to a letter to the county public service seen by Citizen Digital, the reshuffle is to take effect immediately and handovers effected by May 31.