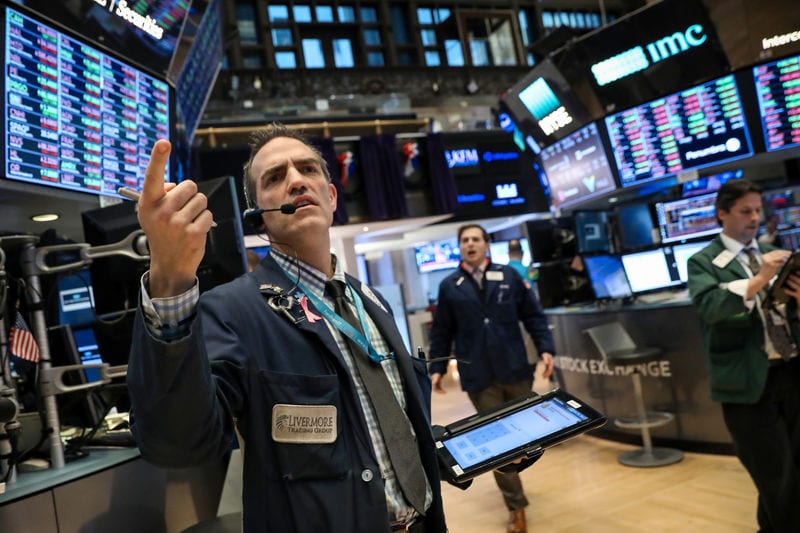 Wall Street was lower on Monday as a slide in Apple shares due to demand worries hit the technology sector, while conflicting signals of a potential truce in the China-U.S. trade dispute added to market jitters.

Shares of Apple Inc fell 2.5 percent after the Wall Street Journal reported the company has cut production orders in recent weeks for all three iPhone models launched in September.

The iPhone maker’s stock is down 11.6 percent this month following the company’s lower-than-expected sales forecast for the holiday quarter and a string of weak forecasts from several of its suppliers.

The Philadelphia SE Semiconductor index dropped 1.1 percent, extending losses from the previous session after an underwhelming forecast from Nvidia Corp weighed on the sector.

Eight of the 11 major S&P sectors were lower, led by a 1.9 percent decline in technology shares.

Over the weekend, Asia-Pacific leaders failed to agree on a communique for the first time ever at a meeting in Papua New Guinea with U.S.-China trade worries on the forefront.

U.S. Vice President Mike Pence said on Saturday the United States will not back down from its trade dispute with China, and might even double its tariffs, unless Beijing bows to U.S. demands, dampening Friday’s trade optimism that was fueled by U.S. President Donald Trump’s comments.

“Markets are a little bit cautious with regard to the comments that Pence made over the weekend and the fact that they couldn’t get a communique out of APEC meeting,” said Robert Pavlik, chief investment strategist and senior portfolio manager at SlateStone Wealth LLC in New York.