'We did not summon Ngirici,' Ruto's UDA party says 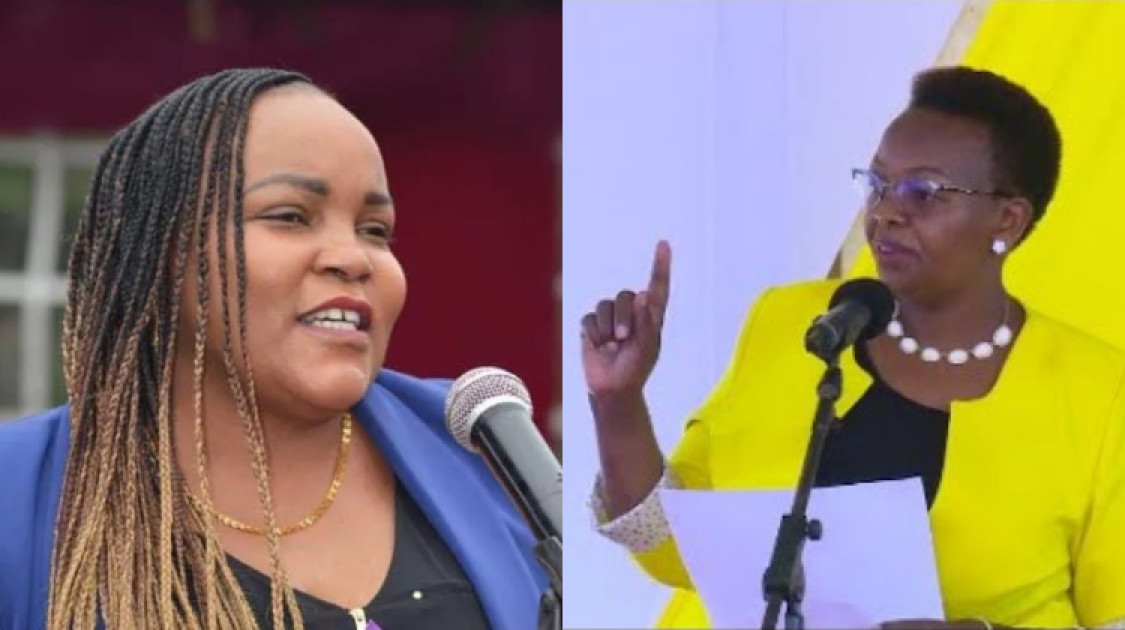 The United Democratic Alliance (UDA) has distanced itself from claims by Kirinyaga Woman Representative Wangui Ngirici that the party summoned her in a bid to persuade her to shelve her Kirinyaga gubernatorial ambitions.

Announcing her breakaway from the William Ruto-led camp on Thursday, Ngirici claimed that she was nudged to pave way for her competitor and UDA newcomer Anne Waiguru, and instead seek a parliamentary seat.

"When I appeared at the headquarters, the officials tried to convince me to give up my gubernatorial ambitions and vie for the Mwea parliamentary seat on a UDA ticket. I refused, as they were determined to kill my dream," a furious Ngirici told residents of Kangai in Mwea.

“If they are telling you to vie for a Mwea seat, do you think there will be fair nominations?" she posed.

UDA Secretary-General Veronica Maina has however refuted Ngirici’s claims, saying that the party had not summoned anyone to its headquarters.

“We have not summoned any aspirant to the headquarters. Our party does not believe in undemocratic summoning processes,” Maina told Nation on Thursday.

She further asserted that UDA is determined to give every aspirant a fair chance at tickets, dismissing talk of candidates being asked to step down for others.

“The UDA party is committed to conducting free and fair nominations,” she said.

Ngirici had been a close ally of DP Ruto before trouble kicked in on October 26 when Governor Waiguru, whom she is seeking to dethrone in 2022 decamped to UDA.

Following Waiguru’s move, Ngirici told Citizen TV that ​​she will not allow herself to be convinced by any agents within UDA to step down from the gubernatorial race in favour of Waiguru, saying she has been loyal to the party for longer than the governor.

She then announced that she was taking some time off UDA’s rallies to self-reflect and strategize on her next move.

“Politics is like a chess game, you must study it well. I have retreated to study it carefully before making my next move,” she was quoted saying.

“I'm also giving space for newcomers to enjoy UDA. That's why you won't see me in Ruto’s meetings,” Ngirici said at the time.