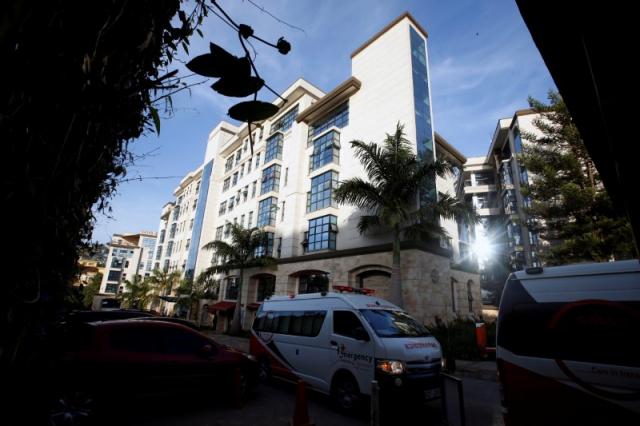 International companies with regional headquarters in Kenya said a deadly militant attack at dusitD2 hotel inside the 14 Riverside office complex will not scare them away from a city that has long been East Africa’s business hub.

At least 21 people were killed and another 700 evacuated after gunmen stormed the hotel on Tuesday.

Hotel guests and workers had to hole up for several hours while the attackers were hunted down and killed.

The raid echoed a 2013 assault by Islamist militants at the Westgate Shopping Mall that killed 67 people.

Images beamed across the world during that assault dented Kenya’s image abroad and scared off tourists, damaging a vital sector of the economy.

Among Nairobi’s other potential deterrents are sporadic political violence that erupts during elections.

But companies say the latest attack won’t alter their plans to work in the region’s richest city.

The American conglomerate set up its regional headquarters for sub-Saharan Africa in Nairobi in 2011, and now provides medical equipment to the Kenyan government and turbines to private power plant developers.

Convenient flights, a skilled English-speaking workforce and advanced information technology infrastructure have persuaded multinationals like GE and Alphabet Inc to set up regional hubs in the city.

The influx has helped shore up Kenya’s long-held position as East Africa’s wealthiest economy amid tough competition from other regional countries and Dubai to play a regional hub role.

Neighboring Kenya has been a periodic target for al Shabaab after sending troops into Somalia to try to create a buffer zone along the porous border.

Snehar Shah, managing director for East Africa at British solar power firm Azuri Technologies, pointed out that Kenya was not the only country that had suffered attacks.

“We still believe that Nairobi is a hub for the region and we are very committed to being here,” Shah told Reuters.

“This is also happening in places like London and it didn’t stop business and tourism.”

Google Africa, whose offices are near the hotel complex attacked, echoed his sentiments.

“We are here in Kenya for the long haul,” said Dorothy Ooko, their head of communications.

Google lost some of its partners in the attack, including American Jason Spindler, the CEO of investment firm I-Dev International, part of Google’s local start-up and developer network.

At the East Africa headquarters of U.S. ride-hailing firm Uber Technologies [UBER.UL], staff were co-ordinating free rides to and from selected Nairobi hospitals for blood donors.

“Uber continues to stand in support of the Nairobi community as we recover from this devastating act,” said their spokesman for East Africa.

“One-off attacks will embarrass the Kenyan government but will not jeopardize its stability,” he said.

Kenya has a record of resilience. Its economy recovered strongly from the 1998 bombing by al Qaeda’s East Africa cell of the U.S. Embassy in Nairobi which killed more than 200 people.

In the important tourism sector, which has attracted a wave of foreign investments recently from global chains like Hyatt Hotels and Accor SA, executives also stood firm.

“I don’t see any cancellations and no one has cut short their stay,” said Mohamed Hersi, chairman of the Kenya Tourism Federation, an umbrella body of hoteliers, tour operators and airlines.

The industry was encouraged by the swift security response that killed the attackers in less than 24 hours, he said.

Earnings from tourism, one of the top sources of foreign exchange, surged 31 percent last year to 157.4 billion shillings ($1.55 billion), the tourism ministry said on January 7.

The Nairobi Securities Exchange, a gateway for foreign investors into the fast-growing economies of East Africa, said trading had carried on normally on Wednesday.

“Despite the efforts by the terrorists to instill fear and destabilize our country, Kenya is a strong and resilient country. Today’s market performance was stable,” the bourse said in a statement.