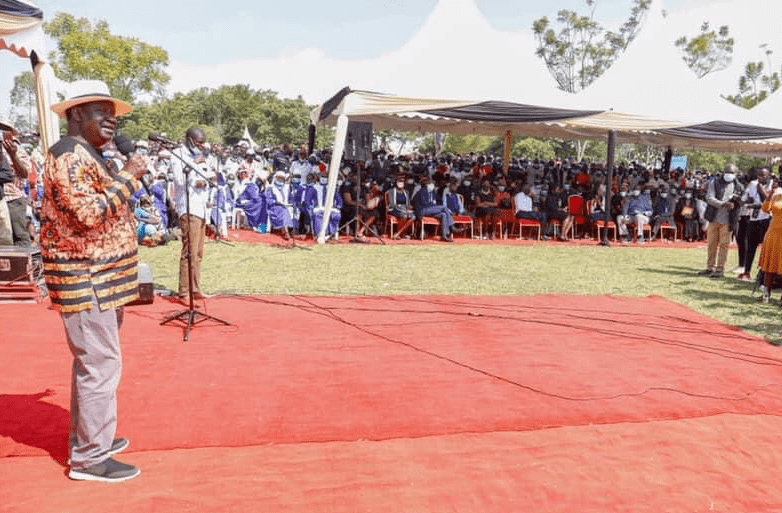 Orange Democratic Movement (ODM) leader Raila Odinga is exuding confidence of a BBI win at the Court of Appeal as the seven judge bench prepares for hearings starting Monday.

Speaking to mourners during the burial ceremony of former Gem MP Jakoyo Midiwo on Saturday, Raila confirmed that the BBI legal team is prepared as it embarks on trying to overturn the High Court decision that declared the BBI initiative unconstitutional.

“We’re confident that through this competent team, we’re going to succeed. The BBI is going to move forward,” he said.

As the BBI legal team burns the midnight oil, the former premier said the James Orengo-led battery of advocates will deliver victory to bring back reggae.

Orengo, who is also the Siaya Senator, reiterated the sentiments saying. “Reggae is coming back and we’re going to make it to Canaan.”

The funeral ceremony of the late Midiwo brought to the fore ODM party jitters and infighting following shambolic nominations that led to the deceased missing the party ticket to reclaim his seat.

“We hope that this coming elections, we’re going to have a proper nomination exercise to the satisfaction of all our members….and these recommendations have been made available to our people,” stated Raila.

Midiwo’s family bade farewell to a man they regarded as bread winner and father.

Earlier in the day, police had a rough time keeping the mourners away from the venue. The law enforcers forced to lob teargas to disperse the mourners in vain.