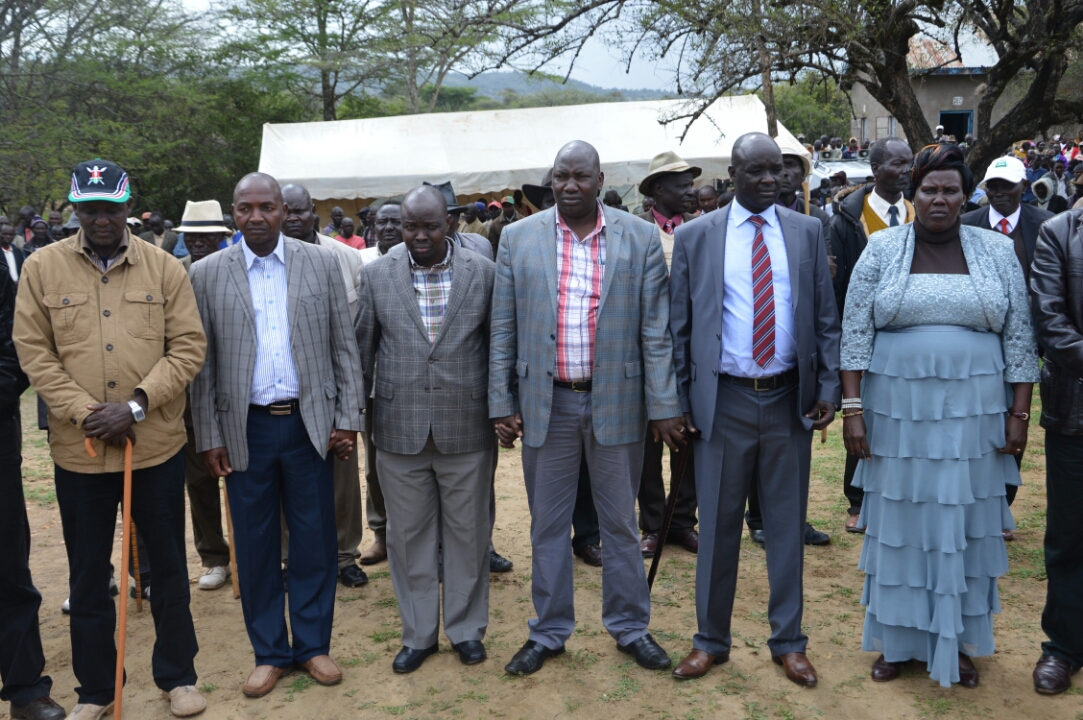 MPs from West Pokot County have called on the government to beef up security  around schools in volatile areas during the national exams.

Led by MP Peter Lochakapong (Sigor), the leaders expressed concern over the recent spate of killings in Kerio Valley along the West Pokot and Elgeyo Marakwet border.

Over thirty people have and been killed and hundreds of livestock stolen in the area since the year started.

This has inflicted fear on the locals  causing  displacement, shutdown of  schools shut and massive migration from the area which has  derailed development.

They added that the tutors must have a safe environment to invigilate and supervise the examinations while students need the same for them to sit for the exams.

They accused security officers in the area of failing to curb insecurity in Kerio Valley along the border of West Pokot and Elgeyo Marakwet counties.

“We preach peace but our people must protect themselves, OCPDS, County Commissioners and other security officers should take charge,” said Mr. Lochakapong.

His Kapenguria counterpart Samuel Moroto lamented that the government had not shown full commitment  in ending the perennial conflicts between the Marakwet and Pokot communities.

Moroto blamed the government for failing in its constitutional mandate  of providing security to Kenyans and termed the recent attacks in the area as failure by security agents.

He added that there is a need to transfer police officers who have been slow to act.

Amid the calls for security enhancement in the area , West Pokot County Commissioner Apollo Okello confirmed that security has been beefed up in all schools along the border.