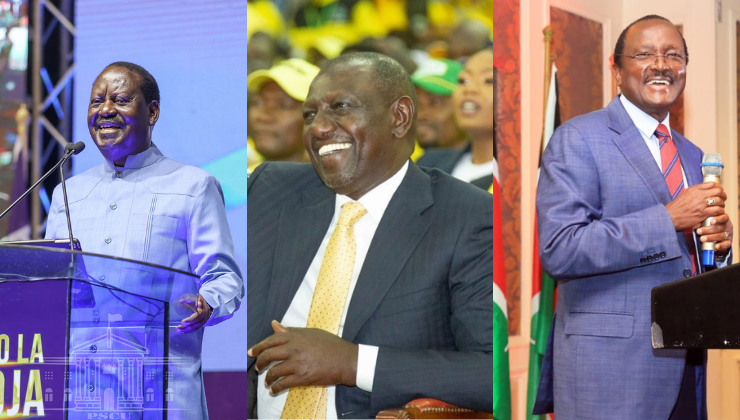 It's against the law for two political coalitions to come together in a grand coalition according to the office of the registrar of political parties.

In what could be a blow to a grand political coalition as witnessed by OKA, Kenya Kwanza and Azimio la Umoja, deputy political parties registrar Ali Abdullahi told members of the National Assembly's Legal Affairs Committee that they will vet and reject coalitions that have not been formed according to the law.

"Parties can sign a Memorandum of Understanding between themselves, but we will have to vet every agreement deposited in our office to ensure they comply with the law" Ali said.

"A coalition can not join another coalition, and a party can't be a member of two coalitions, that is very clear in the law," he added.

The Independent Electoral and Boundaries Commission (IEBC) proposed an amendment to lock out independent candidates that will participate in party nominations.

Legal services director Chrispine Owiyo proposed the amendment of Section 28 of the Act to provide that the parties submit membership list to the commission 90 days to the elections.

"We want to create a level playing field so that as we block politicians moving from one party to another, we also block them from moving from parties to independents," Owiyo said.

The committee is conducting public participation on the two bills before tabling a report to the house for debate.