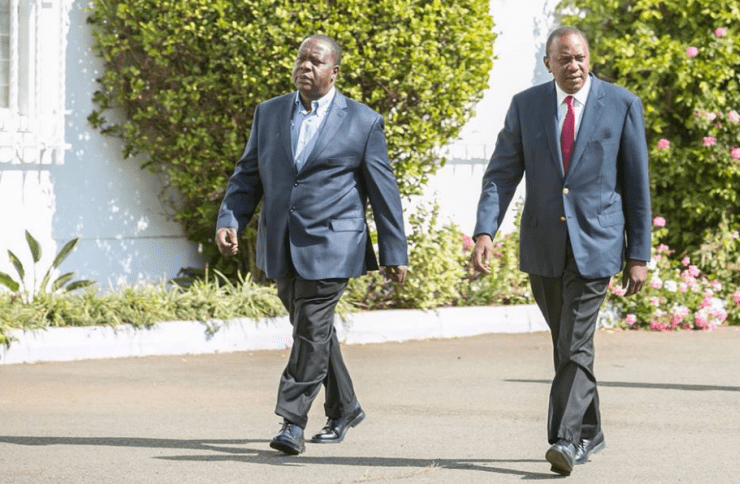 Dr. Fred Okengo Matiang’i has been touted as the Magufuli of Kenya.

He is now flying multiple flags from CS for Interior and Coordination of National Government to the chairman of the all-powerful cabinet committee on national development and implementation. And because of his appointments to critical dockets, some now call him President Uhuru Kenyatta’s Mr. Fix-it.

When he joined cabinet in 2013 as ICT Cabinet Secretary, the little-known holder of a doctorate in literature faced off with media owners by forcing digital migration down their throats.

When he was appointed as Education CS, Matiang’i revolutionized national exams sealing all cheating loopholes despite being accused of militarising the exams.

It was then on to the powerful Interior Ministry which would bring him into an unavoidable working relationship with nearly all other ministries.

The crackdown on counterfeit goods as well as rogue road users in November last year propelling the combative cabinet member to visible heights that some say earned him a soft spot in the President’s heart.

He now chairs a Cabinet committee on implementation that will report directly to the head of state with other sub-committees chaired by Interior Principal Secretary Karanja Kibicho also Kenyatta’s ally.

In May last year, the president called on his deputy William Ruto to supervise government projects; a directive that appears to have changed overtime with Matiangi’s new cabinet committee now handed over sweeping powers to oversee all national government projects, just like a chief minister and prime minister would do in other regimes.

But despite his fast rise in Uhuru’s government, Matiang’i has also found himself on the dark side of history, after his name was dragged through the Ruaraka Land Saga over irregular compensation to businessman Francis Mburu, for land claimed to have been public land.

The deportation of lawyer Miguna Miguna is also a dark cloud hanging on Matiang’i’s back with the disregard of several court orders putting him on the spot.

Matiang’i’s loyalty to President Kenyatta has, however, put him closer to power becoming a close confidant to Kenyatta.