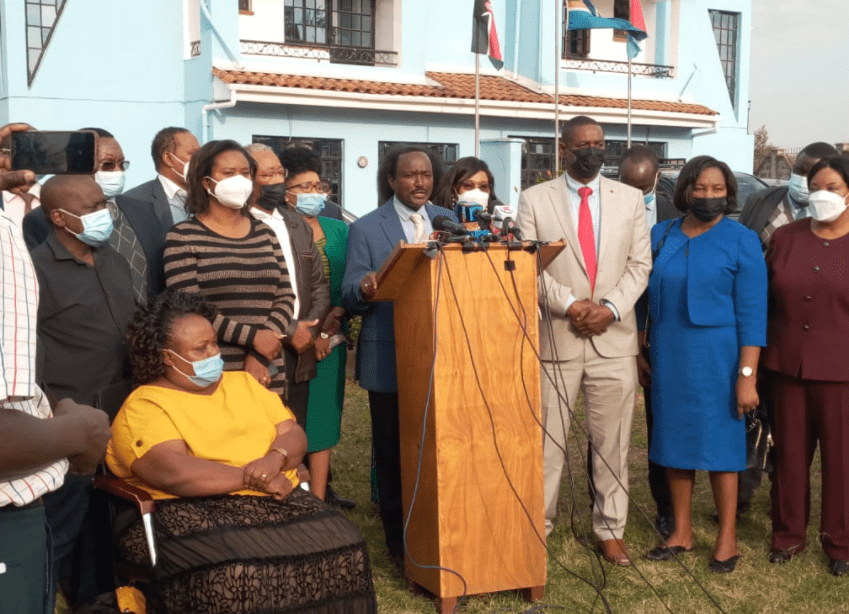 Wiper’s National Executive Committee (NEC) has given the all clear for the party to start preparations to exit the National Super Alliance (NASA) coalition and seek new partnerships ahead of next year’s polls.

Wiper leader Kalonzo Musyoka, in an address on Monday after a day-long closed door meeting, said the decision was arrived at by the NEC unanimously.

He also announced that former NASA CEO Norman Magaya had agreed to join the Wiper party in its journey towards the next General Elections.

“We have unanimously agreed to exit NASA and form a bigger coalition, OKA…We are killing NASA but not killing other parties like ODM…we want to work with ODM, Jubilee and other parties…We welcome other parties because we in OKA will form the next government,” he said.

“One Kenya Alliance affiliate parties are open to other like minded parties…if ODM joins OKA, they will negotiate on OKA presidential flag bearer but they have to convince OKA that they have better ideas.”

Kalonzo also announced that the Raila Odinga-led ODM party had finally reached an agreement with other NASA parties on how to share the political parties funding.

He further stated that other NASA co-partners such as the Amani National Congress (ANC)as well as Ford Kenya will soon also initiate their exits from the coalition.