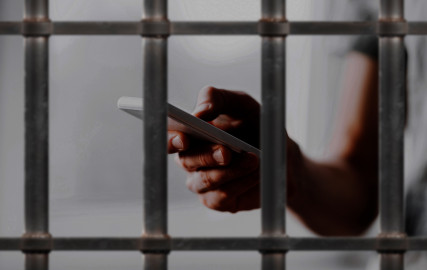 Detectives are looking into an incident in which a prisoner defrauded a woman of Ksh 800,000 by promising to help her get a job at State House.

Patrick Shikure Amere, a prisoner serving life imprisonment, swindled Dr Selina Vukinu Ambe of the said amount on July 24 and September 11, 2020, according to a report by the Nation on Sunday.

Ambe had been assured of a position as the human resources manager at State House.

The accused appeared before Chief Magistrate Wendy Kagendo to answer the charges, and pleaded guilty.

According to the court, Amere used an alleged letter of appointment bearing the signature of the Head of Public Service and Secretary to the Cabinet Joseph Kinyua to swindle money from an unsuspecting woman.

Dr. Ambe is also said to have received Executive Order Number 1 from President Uhuru Kenyatta, confirming her appointment as a Human Resources Manager at State House.

The court learned that Dr Ambe's details, as used by the con, were obtained from the office of then Water Cabinet Secretary Eugene Wamalwa, where she had previously sought employment.

The prosecution team, led by Anderson Gikunda, also told the court that the accused was in constant contact with Dr Ambe on social media platforms such as Facebook and Whatsapp throughout her deception.

In her decision, Magistrate Kagendo stated that Amere was not sorry for his actions because he failed to mitigate them.

“In my view, the accused does not appear remorseful at all and he appears to have nothing to lose since he is serving a life sentence,” she said.

While noting recent cases of fraudsters in prison are at their peak, the judge also directed the Directorate of Criminal Investigations (DCI) to investigate how the convict came into possession of a mobile device and the circumstances surrounding his life sentence.

“In view of the seriousness of the offence, I hereby direct the DCI to investigate the matter deeper with a view to arresting those who were working in cahoots with the accused before me,” Ms Kagendo ordered.

Judge Kagendo directed that the Amere be remanded until his sentencing on Feb 22.