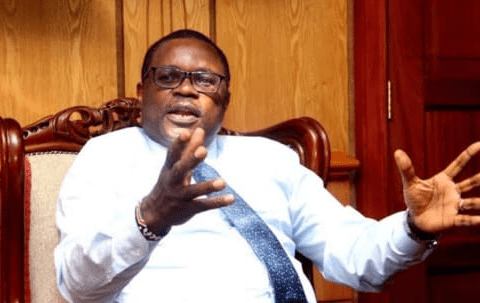 The woman who sued Senate Speaker Kenneth Lusaka seeking support for her unborn child has withdrawn the case.

This comes after the parties decided to settle the matter out of court after extensive consultations.

“Take notice that the applicant has wholly withdrawn the entire suit dated June 15 2021 together with all attendance applications,” reads the court order.

Through lawyer Danstan Omari, the woman says she is not seeking any costs to the case she filed.

The notice of withdrawal is dated August 20 this year.

The woman had moved to court seeking Ksh.200,000 per month in support for her unborn child or a lumpsum payment of Ksh.25 million if Lusaka is unable to meet his monthly obligations of Ksh.200,000.

She claimed that, as the father of the unborn child, Lusaka had refused to fulfil his obligation to support her by providing for her and the unborn kid’s necessities.

Lusaka did not challenge the paternity and neither did he file any paper in response to the petition.