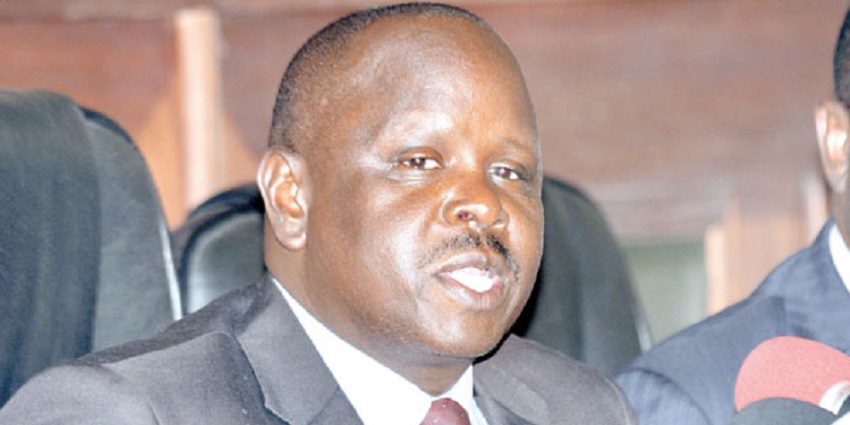 The moment of truth for Deputy President William Ruto and former journalist Joshua Arap Sang comes later today as the International Criminal Court (ICC) makes its ruling on the use of recanted testimony, and Bomet Governor Isaac Ruto has warned President Uhuru Kenyatta that he will lose support from the voter-rich rift valley should the duo not attain freedom before 2017.

Speaking at Nyongeres ward during the by election campaigns for a Mashinani party candidate, the governor said it is hypocritical for President Kenyatta to fight for Kenya’s withdrawl from the Rome Statute that formed the court while the two are still facing charges at The Hague based court.

ICC’s Prosecution had requested for the admission of recanted evidence in the case, but Mr. Ruto and Mr. Sang opposed the request saying that it will compromise justice.

The fate of the duo, which hinges on the information presented by several ICC witnesses who have since recanted their statements, will be delivered at 7:30pm on Friday.

In a statement, the ICC Appeal Chamber presiding Judge Piotr Hofmański said, “The Appeals Chamber of the International Criminal Court, in the appeals of Mr. William Samoei Ruto and Mr. Joshua Arap Sang against the decision of Trial Chamber V (A) dated 19 August 2015 and registered on 28 August 2015 entitled ‘Decision on Prosecution Request for Admission of Prior Recorded Testimony’, and pursuant to article 83 (4) of the Statute and rule 158 (2) of the Rules of Procedure and Evidence, will deliver a ruling on the use of recanted evidence in an open court on Friday 12th, 2016 at 1630HRS (7:30PM EAT).”

Governor Ruto also insisted that the Kenya Defense Forces (KDF) should be withdrawn from Somalia, stating that four soldiers from Bomet County are still missing following the El Adde attack.

His statement goes against an announcement made by President Kenyatta directing KDF to stay put in Somalia – a stand that was backed by the Council of Governors weeks ago.

Through its chair Peter Munya, the Council said that KDF needed to remain in Somalia especially after last month’s attack that left several soldiers dead and others injured.

Munya, who is also the Meru County’s Governor, compared the Al Shabaab militia to devil worshipers saying they have no religion.

“The Bible and the Quran teach people good values and morals and not the values Al Shabaab claim to stand for,” said Munya.