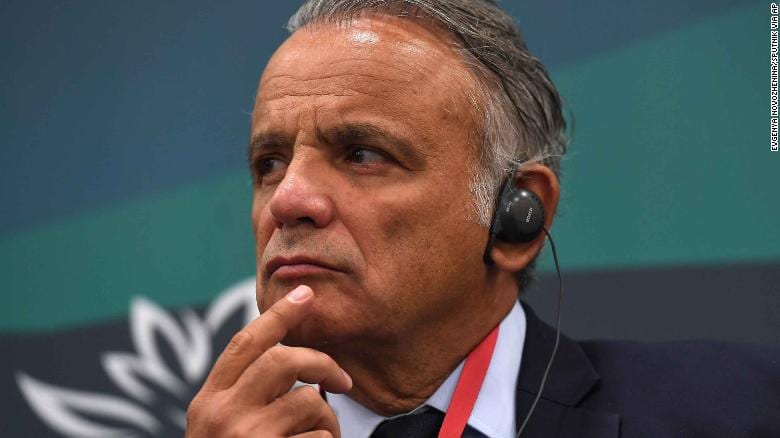 Martina Brostrom, the U.N. employee who accused the assistant secretary general of sexual assault has been fired.

According to CNN, Brostrom links the sacking to her complaint against  Luiz Loure.

“This is what the U.N. does to women who report their sexual offenders. (They) just want to get me out of the organization,” Brostrom told CNN.

She was a policy advisor at United Nations’ global AIDS program and her superiors had reportedly tried to convince her against filing the complaint.

The investigation that would lead to her dismissal was started by the assistant secretary general.

Brostrom, who first went public with her allegation in March 2018, says she was dismissed from work on Friday last week.

She has since denied charges linked to her dismissal and shared a 2017 performance review with CNN in which her supervisor gave her the highest possible marks for “exceptional achievement.”

“I categorically deny everything that they’re accusing me of, ” Brostrom told CNN.

UNAIDS did not confirm the firing of Brostrom but told CNN that: “Two staff members were dismissed from UNAIDS after an independent investigation proved beyond reasonable doubt, that they had misused UNAIDS corporate funds and resources and had engaged in other misconduct, including sexual misconduct.”

Documents from a preliminary misconduct investigation into Brostro, allege that she and a colleague abused expenses and misused UN email and property to engage in a personal relationship.

An internal oversight director said that such conduct may have exposed UNAIDS to high reputational risk.

UNAIDS said in a statement to CNN that it “has a duty to investigate all allegations of improper behavior.”

However, Brostrom told CNN in a previous interview that Luiz Loures, who has vacated the role of the assistant general, forcibly groped and kissed her in 2015.

Loures, who was also the deputy executive director of UNAIDS, has denied all the allegations and an internal UN investigation had cleared him of wrongdoing in the Brostrom case.

An inquiry was however reopened after Brostrom went public.

Brostrom says that she had been assaulted the previous year, but did not file an official complaint about Loures’ alleged attack against her until November 2016 for fear of inaction or retaliation.