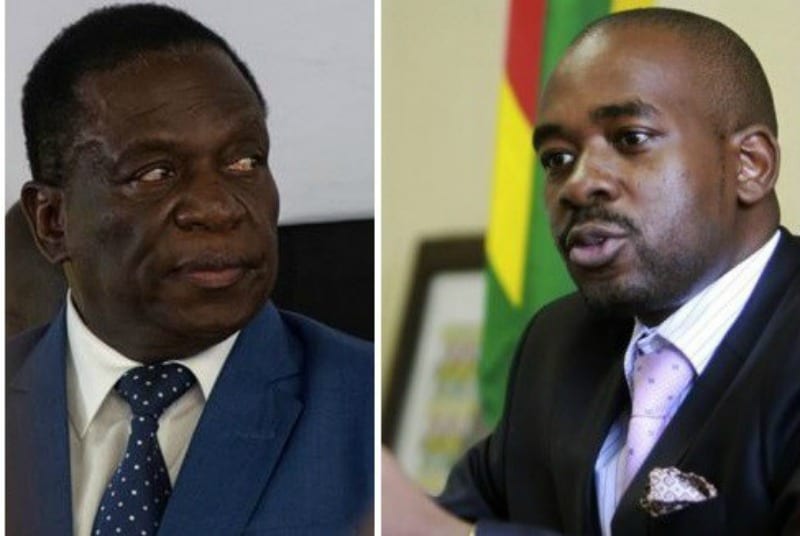 Zimbabwean opposition lawmakers walked out of President Emmerson Mnangagwa’s state of the nation address to parliament on Tuesday, signaling their lingering bitterness after losing a disputed July 30 presidential and parliamentary election.

Members of Parliament from the Movement for Democratic Change (MDC) led by Nelson Chamisa heckled Mnangagwa when he started reading his speech before filing out.

Chamisa – who is not a member of parliament and lost a court challenge to Mnangagwa’s win last month – maintains that he was cheated of victory by the electoral board and says the 76-year-old president lacks legitimacy.

“As the MDC we cannot sit there and be addressed by a person who does not even respect the rule of law,” MDC national chairperson Tabitha Khumalo told Reuters.

ZANU-PF’s chief whip in parliament Pupurai Togarepi described the lawmakers’ conduct as unfortunate, adding: “We hope that over time they will come to their senses, it’s not about grandstanding but building the country together.”

Mnangagwa, who has previously called for unity among political parties to help rebuild the shattered economy, said the elections were now in the past.

“The election period is decisively behind us. It is now time for us as members of parliament and political leaders to exert our efforts toward delivering promises we made to the electorate,” Mnangagwa said in his speech.

The president promised to bring a series of bills to parliament, including giving more power to Zimbabwe’s 10 regions, revamping the process of registering companies and creating a one-stop investment agency.

A mining amendment bill passed by parliament in June, which removed clauses requiring foreign mines to list their shares on the local stock market, would be brought back to the assembly to fix “inadequacies” and provide for online registration of mining rights and titles.

Mnangagwa, who came to power in November after Robert Mugabe was removed in a coup, faces the huge task of ending Zimbabwe’s international pariah status and fixing an economy afflicted by high unemployment and foreign currency shortages.

He told lawmakers that his government had negotiated $500 million in foreign credit facilities, some of which would be disbursed to companies this week.

Mnangagwa, however, said the country would not immediately re-introduce its own currency that was dumped in 2009 after it was made worthless by hyperinflation of 500 billion percent.