BWIRE: UN-Habitat Assembly is a low hanging fruit for Kenya 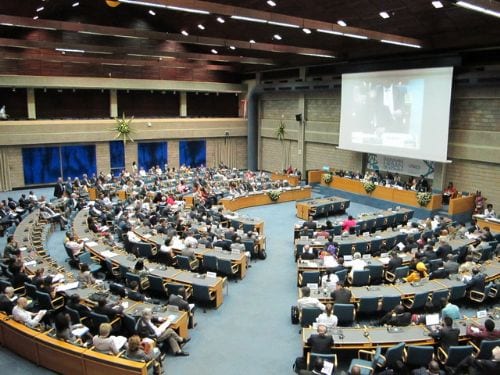 The meeting will not have come at a better time. Its very refreshing to host such a high level gathering of United Nations Agencies, Local authorities and non-state actors including civil society, youth and women group representatives, the private sector and the Academia that will attend the meeting.

Hopefully, the political heat in the country will mellow down to allow proper preparations to host the visitors.

It’s an important event for the country, it shows that in addition to her strength in the ease of doing business and hospitality industry, Kenya is also a diplomatic hub in Africa.

This is a major plus in the country’s effort to improve not only its brand and image but increase its credibility among the community of nations as a serious place to invest in.

The theme for the UN-Habitat Assembly will be; “Innovation for Better Quality of Life in Cities and Communities” with the Sub theme: “Accelerated implementation of the New Urban Agenda towards achievement of the Sustainable Development Goals”.

The Assembly is expected establish the Executive Board of UN-Habitat and elect its members, to review and approve the UN-Habitat Strategic Plan 2020-2025 and also review the Progress in implementation of New Urban Agenda, among other things.

Pursuant to that same resolution, the UN-Habitat Assembly is requested to establish a UN-Habitat Executive Board during its first session comprising of 36 Member States which will meet three times in a year, and the resolution also retains the current Committee of Permanent Representatives (CPR).

Kenya is a signatory to the SDGs and will soon be reporting on the progress it has made including on SDG 11, and this provides the country with the opportunity to increase her efforts in their realization.

All eyes are on the Government not only to accommodate the global gathering, but relook at its policies and interventions towards improving the quality of the lives of urban dwellers. Such global meetings not only end with big statements, but provide the country to showcase what it has done or the gaps.

It’s expected that those in charge of our international relations prepare adequately with the rest of the Government not only to host the meeting, but aggregate what the country has done, and more importantly the County Governments, especially the host city, Nairobi, to improve the lives of her residents.

Discussions will centre around what countries and local governments globally are doing on issues including improvements in the environment, health and safety, security, infrastructure and urban economy.

It will be a time to hear from the Government of Kenya the progress on the initiatives on making our cities better, challenges thereof and what we can learn from our peers. It will be interesting to get an update on Nairobi Regeneration team, the Rapid Bus Transport, slum upgrading projects, Mombasa beautification project and hopefully hear more about the Meru County Government New Urban Agenda project.

As a host of two UN agencies, and hosting such a global meeting, Kenya is expected like other major global powers use foreign relations and diplomacy as principle strategies to position herself at vantage points in the economic, political and cultural order in the region.

The West, USA and China discovered the major global players push their agenda into the global arena and lobby to place their citizens into powerful strategic regional and global institutions to speak for them during such meetings

Such opportunities are rare and whenever they come, they offer the country the opportunity to showcase what in tackling the challenges of insecurity, infrastructure, negative politicking and ease of doing business bottlenecks.

It would be interesting to see media focusing on some of these events that are happening as we continue keeping a tab on the other unmet promises by politicians and the Government.

The Writer works at the Media Council of Kenya.