OPINION: KNUT must not be left to die 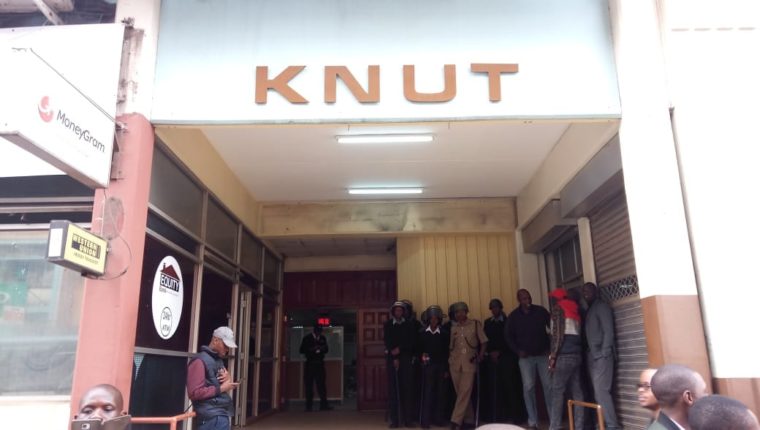 As a primary school pupil, I was closely surrounded by teachers’ affairs, and the politics of it. Both my parents now retired were teachers.

By heart, I knew what was going on in the local Kenya National Union of Teachers (KNUT) Siaya branch and the Siaya Teachers Sacco (now Taraji Sacco).

The politics were heated and for some reason, my primary school played host to the branch polls every year. Teachers would get animated; the campaigns were heated but remained civil all through.

My dad had a keen interest in the happenings at KNUT. His cousin Henry Omolo Oloo served as the Siaya KNUT Branch executive secretary for years until his demise in 1998.

Omolo Oloo was a regular at our home. Many days we would also spot him in town together with legendary KNUT Secretary General Ambrose Adongo Adeya whose home is a few kilometers from Bondo.

KNUT then enjoyed massive membership and the presence of Adongo Adeya and Omolo Oloo in Bondo would drive local teachers to frenzy. The entertainment that followed would last for days thanks to the union’s deep pockets.

On the other hand my mother was more involved with the Bondo Teachers Welfare, a contributing group to the Siaya Teachers Sacco. The politics of this welfare was very vicious but I followed closely. They had a ritual Sunday meeting to discuss their affairs.

The chairman of the Siaya Teachers Sacco for years Peter Ogola Ototo was a close family friend. What many today would call friends who became family. Mr Ogola Ototo was also our head teacher at Bondo Primary School.

Ogola Ototo and Omolo Oloo made me admire KNUT and the Sacco politics. The power and influence that came with the offices and institutions they headed was admirable.

Recently I was in Bondo town and passing around the local KNUT office I came face to face with its current challenges. The previous buzz around the office as teachers and officials carried their duty had died down.

Two reasons came to mind, either the office was closed due to the low activity or the financial turbulence facing it. Later on I heard mom saying the local KNUT bus had approached them for business. This was a departure from four years ago, when ‘they had to beg the union to offer discounted hire rates’ for the bus.

At the national level, KNUT has been hard hit. Its membership has dwindled by tens of thousands. In the newsroom, talks are ripe to draft the KNUT obituary, I urge patience.

KNUT should not be allowed to die. Every time he comes on national Television, the pain on Wilson Sossion’s face is palpable. Three years ago, he led a giant union. Today by ‘design’, KNUT does not have the tigritude, it struggles to announce it.

The battle for the soul of this once giant union that many teachers of our times were proud to belong to is lost. Starved off funds contributed by members, dogged by court cases and chastised for allowing ‘unfavourable’ politics in its ranks, Adongo Adeya must be turning in his grave as KNUT offices across the country face the auctioneers’ hammer.

Previously outwitted by this union, the Teachers Service Commission has in the last few years stood up against KNUT. Advantaged by splinter unions such as KUPPET, KTC and more recently KEWOTA which are ready to engage with it, TSC has strategically served KNUT the poisoned chalice.

But how come KNUT did not see all these coming its way? Was it blinded by its enormity and previous successes against both the government and TSC?

The plain answer from my assessment is that KNUT got too comfortable with its position and failed to read the mood of the new government administration from 2013. What initially was fashioned as an attempted boardroom coup against Sossion, quickly morphed into a full blown war against the union. Many state mandarins are said to be waiting on the wings to toast to its death.

KNUT can still survive and achieve its founders’ vision. The 1957 vision was to unite all teachers and look after their professional welfare and professional interests. This was accentuated by five functional pillars around uniting teachers, fighting for improved terms and contributing to the professional work.

This worked very well in the previous years’ culminating to the 1997 12 days teachers strike that paralyzed learning in all public primary and secondary schools and the 20 day 1998 strike aptly captured by Adongo Adeya as ‘Even God and Satan are aware we are on the right.’ As they demanded implementation of the 150-200% 1997 pay increase deal.

But that was 20 plus years ago; KNUT can no longer pull such and call it a success. In the last two years, attempts to call teachers strike have fallen flat on its face as it no longer enjoys the numbers. It is obvious that KNUT has lost its militancy.

It must acknowledge that the TSC is hell bent on breaking it to smaller pieces of course with state backing. Therefore it cannot use the same old tactics to make demands and hope to achieve them.

The union leadership must now change tact. It must find new and diversified revenue streams to shore its operations. This will make it less reliant on teachers’ contribution which TSC has used to strangle it.

KNUT must also take seriously its contribution to the professional development of its members. It must be known far beyond agitating for better pay but also a key player in modernizing the teaching profession.

It needs to appeal to the younger and new generation teachers whose interests in unions are muted. KNUT must give them a reason and sense to belong to it.

I believe the disruption brought about by the Covid-19 pandemic gives it a chance to rethink and revitalize. The needs of players in the education sector have become more diverse and KNUT has an opportunity to find relevance in rethinking the Kenyan teaching model. It must play a central role in achieving this.

KNUT still has a fighting chance to be the all mighty union of Ambrose Adongo Adeya, John Katumanga, Francis Ng’ang’a, Lawrence Majali and David Okuta Osiany.