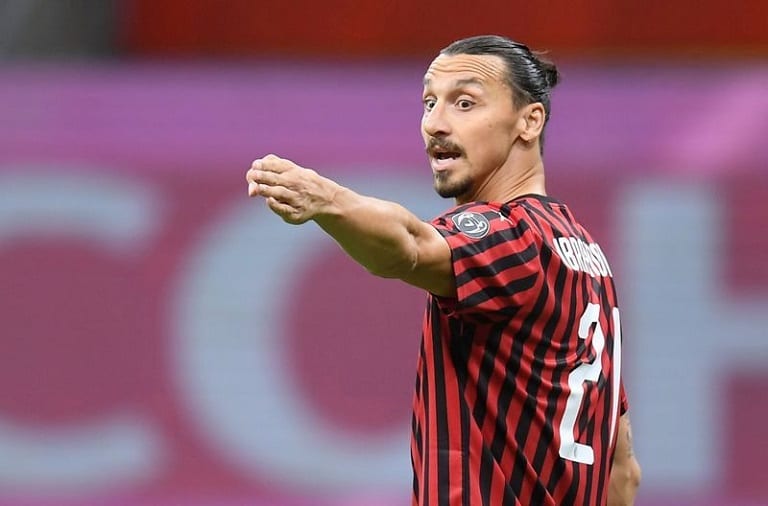 AC Milan have been hit by an injury scare with Zlatan Ibrahimovic reportedly picking up a hamstring injury in the victory over Napoli, with the veteran striker out for at least ten days to undergo tests on the concern.

The Swedish frontman has rolled back the years since returning to Milan from his MLS exploits, leading the golden boot race with 10 goals ahead of Juventus’ Cristiano Ronaldo after six games.

The 39-year-old was at the double as Stefano Pioli’s side downed rivals Napoli on Sunday, with the Rossoneri running out 3-1 winners to maintain their lead at the top of Serie A.

The extent of the injury is not yet known, but the striker will miss Europa League clashes against Lille and Celtic, interspersed by the visit of Fiorentina in the league.

The 39-year-old netted a trademark bullet header and a close-range volley either side of halftime to bring his impressive tally up to 10 goals in six league games this season.

However, there was a sour end to AC Milan’s night as Ibrahimovic left the pitch early after suffering a leg injury.

“I don’t have much information, he had ice on his thigh and we’ll see in the next few days what the tests say,” AC Milan’s assistant coach Daniele Bonera told Sky Sports after the game.

“He isn’t someone who usually comes off the pitch.”

The Swedish striker has been monumental for his side this season, scoring 10 league goals to top the golden boot chase.