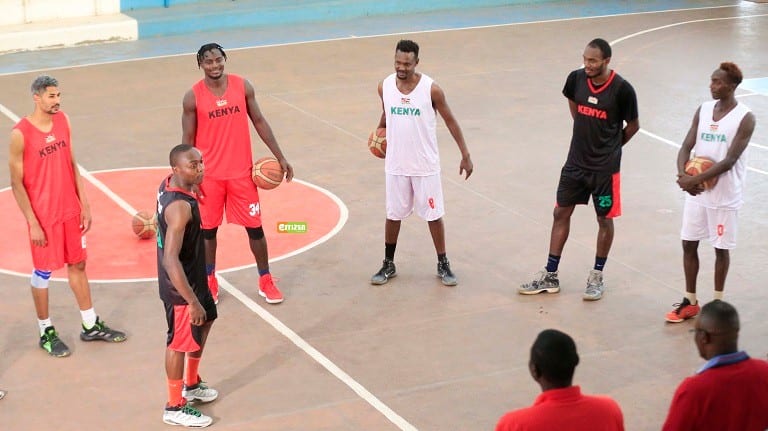 The national men’s basketball team Morans will report to camp at Nyayo Gymnasium on Wednesday to prepare for the final leg of the 2021 Afrobasket qualifiers.

With the organizers yet to settle on the venue, Kenya, alongside Mozambique and Zimbabwe are bidding to host the event with the winner set to be announced  on January 20th after the FIBA-Africa executive meeting.

The Morans who have one foot into the Afrobasket Finals scheduled to take place in March this year in Kigali, Rwanda will be playing the last round of qualifiers from 21st February 2021 against Mozambique, Angola and Senegal.

In the meantime KBF fixture secretary Joseph Amoko says the federation has put in place stringent Covid-19 protocols, as directed by the government, to ensure the players do not interact with the public during training.

“We are going to be very strict regarding the Covid-19 protocol, because we can’t let players socialize outside there and report back to camp. We have a plan of ensuring that the team stays together at the camp as they train in readiness for the last round of qualifiers,” Amoko said.

Amoko confirmed that Cliff Owour is still the head coach of the team despite moving to Rwanda as head coach of APR basketball team.

Kenya defeated Mozambique 79-62 during the first leg of qualifiers in Kigali, Rwanda last year and is hoping to return to the continent’s biggest bonanza for the first time in 28 years.