AK picks 46 for World Under-20 Championships 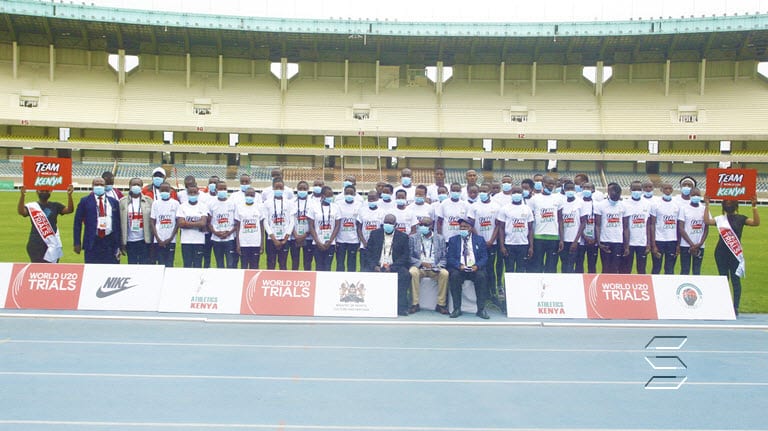 Athletics Kenya has picked 46 athletes to represent the country at the World Under-20 Championships that will be held on August 17-22 in Nairobi.

The naming of the team was the culmination of a three-day trials that concluded on Saturday at the Kasarani Stadium.

The team of 24 men and 22 women will report to residential training camp on July 15.

Being the final day of the event, a thrilling encounter was witnessed in an almost empty Kasarani Stadium.

Bernard Yegon and Daniel Kinyanjui, both from South Rift, will lead Kenya’s charge in the men’s 3000m.

“I feel great I won today’s race. I have ben training hard to earn a slot in Team Kenya. I am optimistic I will perform well during the championship,” said Yegon.

“I am very glad with my time and I am now going to improve on speed as we head to the championship,” said Muthoni.

Just like in the semi finals, Muthoni claimed victory after clocking 8:51.69 with Jemutai finishing second in 8:55.75.

Elkanah Kiprotich and Edwin Kipyegon made the cut in the 400m race. Kiprotich who is based in Ngong won the race in 47.22.

“I know the competition will be tough especially in sprints but I promise Kenyans to do my best for a podium finish,” said Kiprotich.

In the women’s event, Sheila Chepkosgei reigned supreme in 2:03.76 as Brenda Jebet finished second in 2:05.08.

The event was graced by Sports Chief Administrative Secretary Simon Kachapin who hailed the athletes who made the team and promised government’s support in their preparations.

“I am very satisfied with the preparations for the global event and on behalf of the entire ministry, I would like to congratulate all athletes who were selected to represent the country and wish the very best ahead of the championships,” said Kachapin.

Athletics Kenya president Jackson Tuwei urged the athletes to train hard ahead of the global showpiece.

“We are confident we have selected a very strong team that will defend the title we won three years ago. However, I want to urge athletes to prepare adequately since any Championships is not easy,” said Tuwei

Kenya emerged the overall winner at the 2018 World Under-20 Championships held in Tampere, Finland with 11 medals; six gold, four silver and a bronze, and will be aiming to better this record.