All the best in Tokyo! President Kenyatta tells Team Kenya 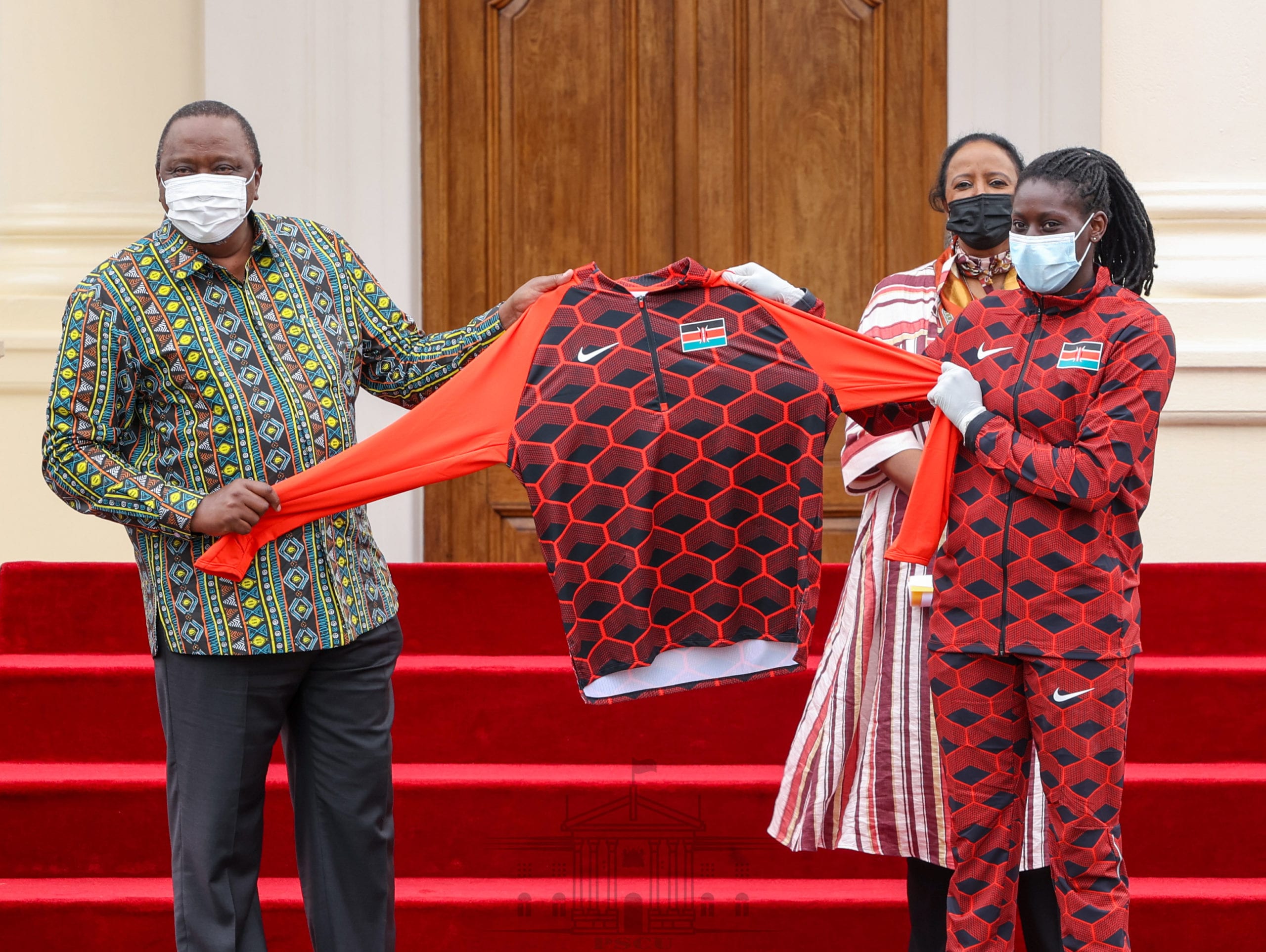 President Uhuru Kenyatta has told athletes that will represent Kenya at the Tokyo Olympic to carry a ‘sense of duty’ during the Games that are set to begin in two weeks.

The President welcomed the athletes for a flag handover ceremony Thursday at State House where he conveyed his best wishes and asked the team to bring glory to the nation.

Kenyatta told the contingent to uplift Kenya’s reputation in the community of nations by being disciplined and carrying themselves with dignity.

“I ask you to be great ambassadors of our country. I expect you to work hard and together as Team Kenya towards building a stronger sporting sector and to bring glory to your country which I believe thereafter will inspire and nurture those who come in future,” the President said.

Kenya is sending a total of 113 athletes to the Olympics and Paralympics Games with the Malkia Strikers being the first batch to depart on Thursday evening.

The advance team will be hosted in Kurume City for a 12-day pre-Olympic training camp under full sponsorship for their stay, including accommodation, local travel in Japan and meals.

Kenya enjoyed its most successful outing at an Olympics in Rio in 2016 after collecting 13 medals (6 golds, 6 silver, and 1 bronze) and the current roster will look to beat that mark in Tokyo.

Kenya’s national rugby sevens star Andrew Amonde, who received the flag on behalf of the team, will captain Team Kenya to the pandemic-postponed Games after replacing Julius Yego who resigned few days ago.

The President reiterated the Government’s commitment to the development of sports in the country saying, the sector promotes the values of hard work and service to the nation.

“The 2020 Tokyo Olympics is another opportunity for us to promote these qualities that position us for success in the sporting world,” the President told the athletes and assured them of continued government support throughout the games.

“On my behalf and on behalf of the Government and the people of Kenya, I wish each and every one of you success as you head to Tokyo. We all look forward to welcoming you back home to celebrate your win at the 2020 Olympics.”

On her part, Sports CS Amina Mohammed said all the Tokyo-bound athletes and officials have been vaccinated against the Covid-19 and fully kitted for the entire duration of the Olympics.