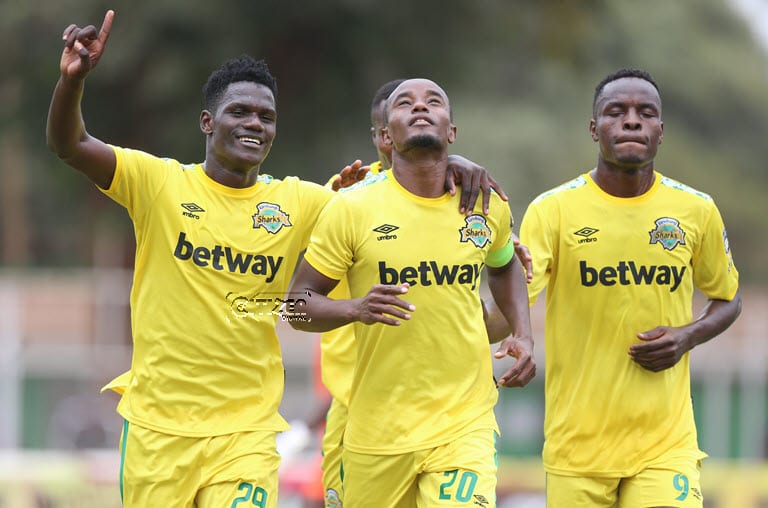 Ambani’s 26 goals scored in the 2005-2006 league while playing for Tusker FC still stands as an all-time record but now faces real threat from Kapaito who has already notched 22 for the season.

“He has been consistent for a long time and I think if all goes well in the remaining game he will be able to break it, consistency is all one needs and even in the previous season he has always been sharp in front of the goals. I wish him well,” Ambani said.

Kapaito has scored seven goals in the last five matches and is currently leading the goal scoring chart with 21 goals and the former AFC Leopards goal scoring machine says it’s down to his hard work, discipline and consistency .

“He is very disciplined ,hardworking and very down to earth player that is exactly what is needed ,he has stayed focused even when he had a dry spell he didn’t panic he knew form is temporary class is permanent and we can now see the fruits of his patience,” Ambani added.

Kapaito’s form has helped lift Sharks into third on the league standings and the striker can cap off a superb season by taking down Ambani’s long-standing mark.